Revitalisation of Limerick's O'Connell Street could continue into 2023 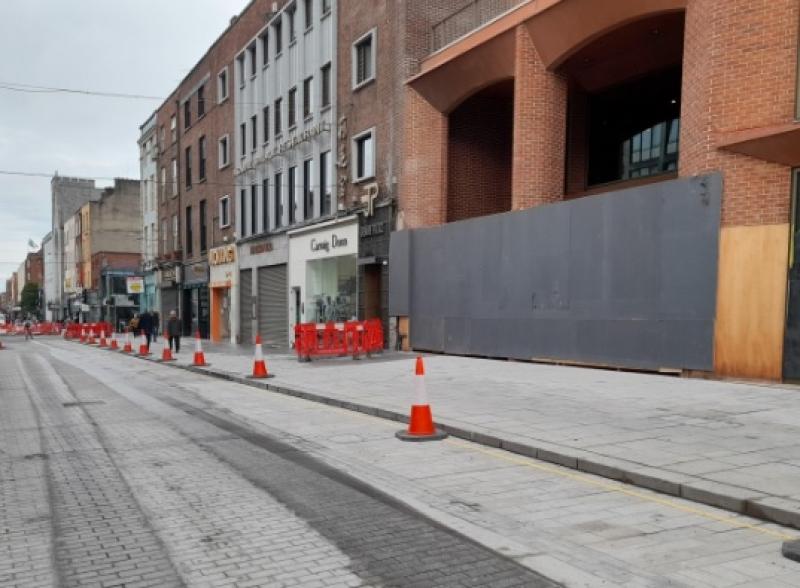 WORK ON the €9m revitalisation of O’Connell Street will temporarily cease over Christmas if the contractors on the project miss a November deadline.

Limerick Live can reveal that while the local authority is hoping that work on the massive project will be over in time for what it described as the “critical business period of December”, a contingency plan has been put in place.

This will see workers move off the site after November 25, and then not return until January 2023.

It comes following talks between the council and city traders and business groups who are anxious that their most vital trading month goes uninterrupted.

A council spokesperson confirmed the move, adding that during December, two lanes of traffic will be opened up on a temporary basis.

But the progress of the work has caused disquiet among the city’s business community, with the Chamber chief executive Dee Ryan earlier this year calling the project “chaotic”.

It was anticipated construction would be complete by this month, with the street furniture erected in early November.

Now, there is some skepticism that given the likely decline in the weather towards the back end of the year, that the work – although advanced – will be complete by the end of November.

It’s understood a key issue is faults underground causing problems, with one source familiar with the project saying: “It’s only when you start digging, you begin to find issues.”

Ms Ryan said the business group had called for evening work in order to get it over the line for Christmas.

“It’s going to be gorgeous when it’s done, but we want to be able to unveil our beautiful new city streetscape by December to welcome people in and enjoy the atmosphere,” she said.

“The last three months of the year are when most retail businesses can expect to take in between 40% and 50% of their annual income. So it’s an important period for them in terms of trading into next year.”