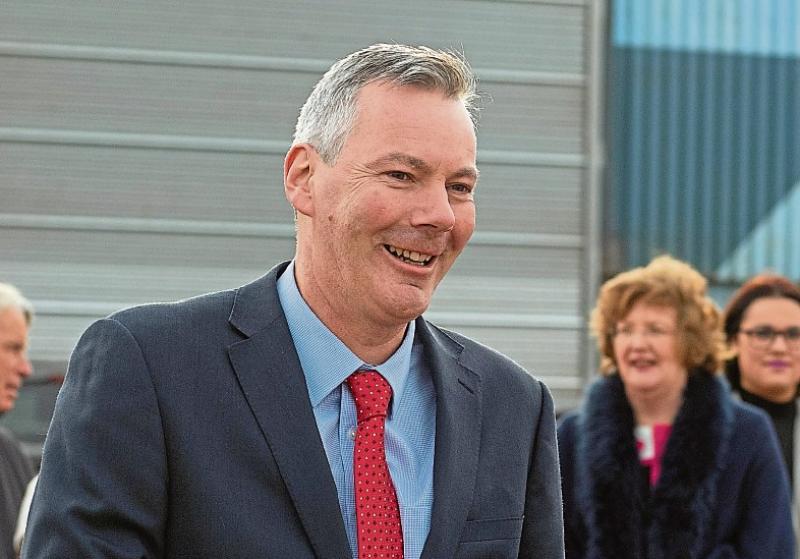 The High Count has ordered that Pat Keating be paid almost €300,000

The written judgment, which was delivered by Mr Justice Mark Sanfey on Friday, has just been published by the Courts Service Ireland.

In the judgment,  Mr Justice Sanfrey states the failure of the company directors to use their discretion to pay the bonus “constitutes a breach by the company of the contract which has caused damage and loss to Mr Keating”.

He found that if the directors had exercised their discretion in a manner consistent with their fiduciary duty, “they would have authorised payment to Mr Keating of the Performance Related Pay (PRP) determined by the remuneration committee to be due to him".

In the judgement, which runs to more than 80 pages, Mr Justice Sanfrey stated the consistent position of the board from 2010 to 2016 was that it was in the best interests of the company that the CEO’s PRP be discharged.

During the four-day hearing lawyers representing Shannon Foynes Port Company, submitted the board exercised its discretion not to discharge Mr Keating’s PRP as it was constrained in doing so by law.

In ruling, Mr Justice Sanfrey noted that the State-owned company submitted it was subject to a directive issued by the
Minister for Transport pursuant to section 37(2) of the Harbour Act, 1996 requiring it to comply with Government Policy not to pay bonuses to CEOs of Commercial State Bodies.

The judge commented that “year after year, the directors expressed their strong wish to discharge Mr Keating’s PRP, which they considered he had earned and which had been “awarded” by the remuneration committee”.

He noted “that the only basis on which the PRP was not awarded was that the directors considered that they could not go against the clearly expressed wishes of the shareholders (Minister for Transport)”.

Mr Justice Sanfrey stated that although the wishes of the Minister and the department, expressed in correspondence were strongly advanced, they were not couched in terms that would constitute them a “directive”. He added that the policy not to discharge PRP was advocated by the Minister as shareholder of the company.

The Judge said the Minister is not a party to the contract between the company and Mr Keating.

“In exercising their discretion not to pay PRP to Mr Keating year upon year, the directors were taking a course of action which they themselves considered was not in the best interests of the company, solely on the basis that this was what the shareholders wanted.”

The written judgement records that in evidence Mr Keating, said that at the time of accepting the position of CEO, the pay “was only going one way and that pay included, without a question of a shadow of a doubt, PRP and basic salary”.

During the hearing, the court heard there was no dispute over the standard of the plaintiff’s performance of his role as CEO

For the years 2008 and 2009, his bonuses were reduced to 17% and 9% respectively and, in evidence, he said that he was prepared to accept a reduction for those years at the request of the shareholders.

However, Mr Keating was firm in his assertion that he never accepted that this reduction or non-payment of his PRP would continue indefinitely.

On that occasion, Mr Keating “expressed his utmost dissatisfaction with the lack of progress on resolving his performance pay…”.

In evidence, Mr Keating said that at the time he felt that he was “the only person in the room taking a financial hit, and a serious financial hit….There was no real hardship on anybody else on this matter…”

The company argued that it was at all material times subject to a directive issued by the Minister for Transport requiring the port company to comply with Government Policy not to pay bonuses to CEOs of Commercial State Bodies.

The company cited eight separate letters from Ministers and senior department officials on the issue of non-payment of bonuses to the CEO from 2009 and 2018.

In cross examination, Mr Keating did not accept that letters in 2011 from the secretary general and from Minister Leo Varadkar articulated a clear government policy.

Mr Keating, the court heard, was of the view that a policy would be articulated in “…a clear, written document…maybe I am
wrong here but I haven’t seen such a policy document…”.

Mr Keating's statement of claim stated that his basic remuneration pursuant to a 2010 service agreement was €117,500 per annum, and that his remuneration “is significantly less than other members of the Port Company’s Senior Management Team.

The claim stated that since 2009 Mr Keating is the only eligible employee of the Port Company “who has not received any performance payment”.

Michael Collins, chairman of Shannon Foynes Port Company from 2012 to 2016, indicated he wanted to pay the bonus payment to Mr Keating.

"It wasn’t until maybe two years into my five years that I certainly felt for the first time seriously that we were not going to get very far with the Department. We tried a few different guises and so on to make special type payments and so on, which then we withdrew at the last minute,” he said.

Mr Collins said that the port company provided for the bonus payment in the annual accounts. “It’s in the balance sheet today. Because we felt equity and fairness and prevarication by the Government could very well be reversed.”

It was also put to Mr Collins that his view had been – as stated in the minutes – that it would be “unconscionable” for the board to defy the Minister, and Mr Collins accepted that this had been his position.

The port company argued that its decision not to award Mr Keating bonus payments for the years in question was made in accordance with clear and unequivocal government policy and/or under Ministerial directive.