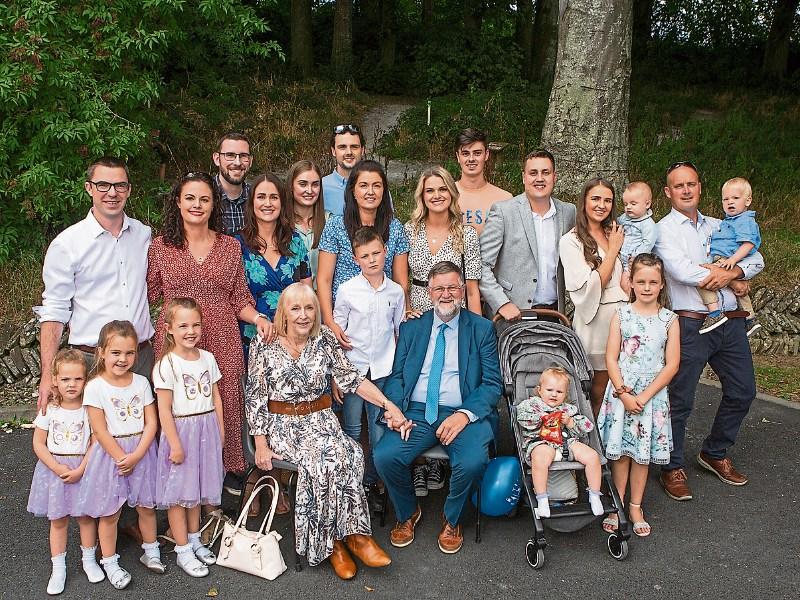 Kieran and Val Murphy and family at his retirement party | PICTURE: Bridie Murphy

“A HUMBLE man who made a huge difference” – was the way one County Limerick community described the monumental impact Dr Kieran Murphy has had on their local area.

Dr Murphy’s first visit to Athea was when his father-in-law decided to take a shortcut from Rathkeale to Ballybunion in 1981. Three years later, the post of a GP for the area was advertised.

Encouraged by his wife Val, a native of nearby Rathkeale, Kieran paid his second visit, sizing up the small village as a potential new home and practice, with their two young children, Ciara and Joanne.

“Little did he know at that time that sweet Athea would become his future home and the people of the parish would soon fondly adopt him and his family,” local Sean Liston told the Limerick Leader.

On Sunday, August 28, tales abounded about Kieran’s 37 years of service, as the entire community turned out to celebrate the man who had saved dozens of lives, at the village’s retirement party.

Limerick's 'Flying doctor' set to expand his horizons on retirement

He would begin his day at half six in the morning and would often only return to his family in time for the nine o’clock news.

Kieran quickly adopted the name of ‘the flying doctor’ as he could regularly be seen flying overhead the village during weekends. Many children in the parish can fondly remember pointing to Kieran in the sky, with mouth open, calling out for the flying Doctor, Sean added.

Surplus to a conveyor belt of sandwiches on Sunday, was a mural of Dr Murphy, which was unveiled in the community hall in Athea, as well as a unique 'wall of gratitude'. 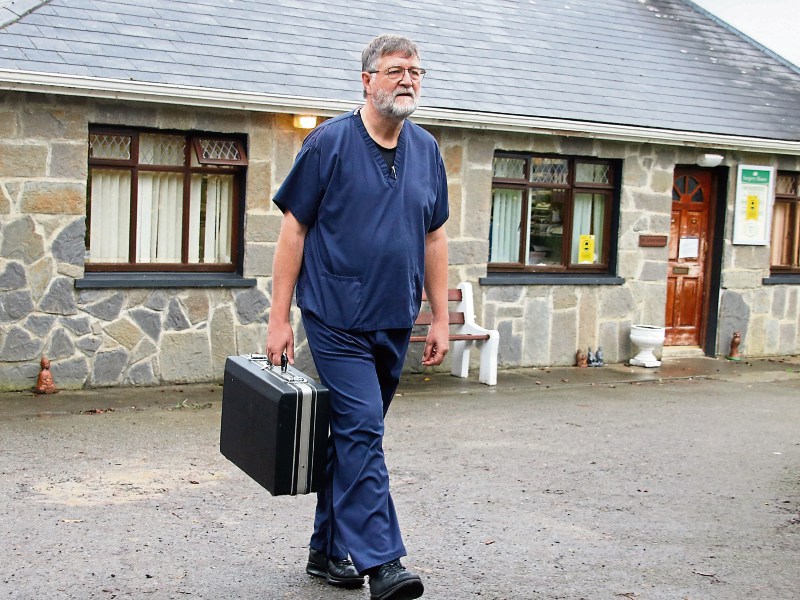 This consisted of a large roll of wallpaper placed in the hall in the preceding days, where locals got the opportunity to send a special personal message of thanks to Dr Murphy and his family.

Dr Murphy, who was present with his extended family, was “overwhelmed” by the turnout, particularly the elderly generation, which is still very loyal to him, local Damien Ahern informed.