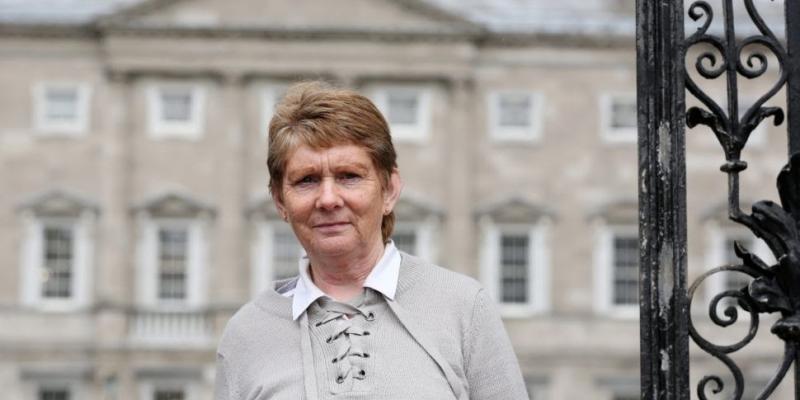 Catherine Corless will receive the award later this month

CAMPAIGNER and Catherine Corless who lifted the lid on the Tuam Mother and Baby Home burial scandal will receive a top County Limerick humanitarian award later this month.

The Fitzgerald Bible Bruff Award is one of the premier awards in the south of the country and has been awarded to many of Ireland’s leading campaigners and leading citizens in the past.

Catherine, a native of Tuam, is a local historian, who, after studying the burial records of the Bon Secours Mother and Baby Home, uncovered that 796 children died there without burial records.

The Mayor of Limerick city and county, Cllr Francis Foley, and other elected representatives will attend the presentation ceremony at the Fitzgerald Centre in Bruff on September 14.

The Fitzgerald Bible Bruff Award has previously been awarded to luminary citizens such as Micheál O’Muircheartaigh and Vicky Phelan.

Awarded by Bruff Heritage Group, the award symbolises the gratitude and respect felt by the people of our locality towards an individual who has made a hugely beneficial contribution to all our lives.