‘We love our little boy so much’: Limerick mum’s moving tribute to only son 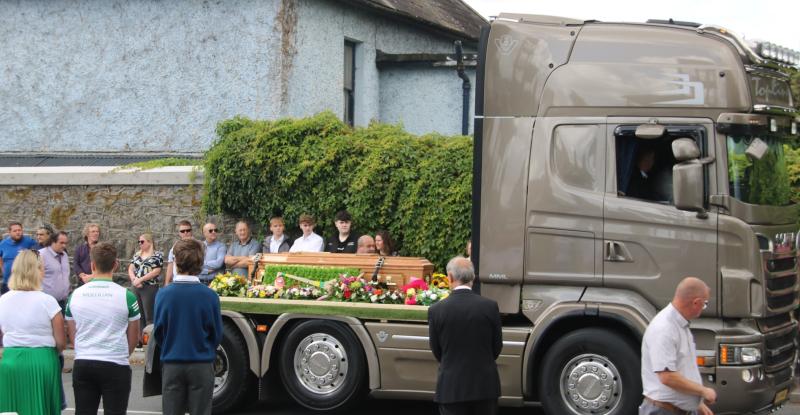 A beautifully adorned truck brought Donnacha Ryan (Luke) to his funeral, and, following the Mass, his final resting place

THE FINAL journey of Donnacha Ryan (Luke) reflected his all too short life as it featured lorries, sport, friends and, most of all, family.

As befitting one with a passion for all things mechanical, a hearse was replaced by a truck which brought the coffin of the teenager from his home in Shanacloon to the edge of Cappamore. His coffin was then shouldered to the church by friends, family and clubmates.

Donnacha, who turned 18 last week, died following a road traffic incident in the early hours of Sunday morning. After the Mass the coffin was returned to the truck. The cortege continued to Doon and to his final resting place.

"There are occasions in life and death that make us cry out- 'why' and a tragic death is one such occasion," said Fr Browne.

A Cappamore flag was draped over the coffin. A photo of a smiling Donnacha on his 18th birthday was placed on top. Beautiful wreaths including ones of a hurley and a car surrounded the coffin. 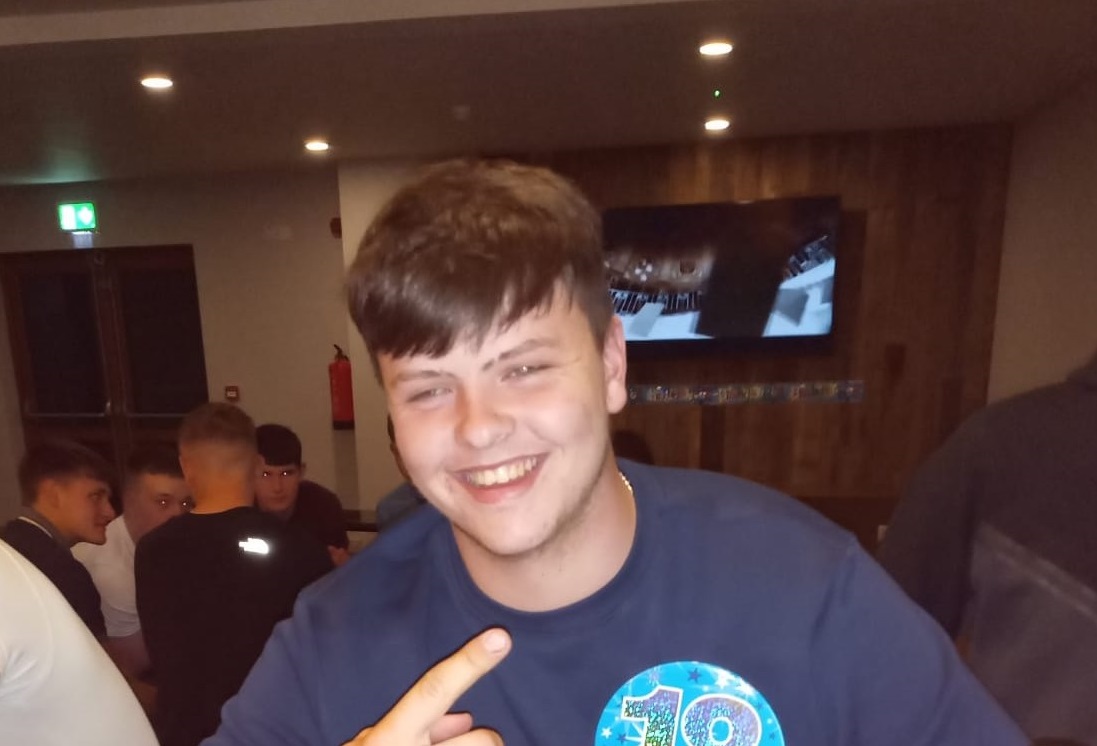 Symbols of his life brought to the altar were a hurley, rugby ball, steering wheel, personalised number plate, Scania jacket, a picture of his friends, a Cappamore GAA jersey, Dealer boots and a photo of his family.

During the moving Mass the songs Amazing Grace and Adele’s Set Fire to the Rain rung out.

Donnacha's mum Nicola bravely spoke of her only son. From the moment he was born she said Donnacha was “a pure rogue”. Not yet two years-of-age he escaped from the cot and made his way down the stairs with a bottle under one arm and a blanket under the other. On a family holiday to Australia, a trip to Bondi Beach didn’t go according to plan as Donnacha wouldn’t set foot on the sand.

"From a young age he loved all sorts of sports. He always had a ball or a hurley in his hand. He loved nothing better than playing with his beloved Cappamore to then playing rugby with Kilfeacle and Clanwilliam where he really excelled. After speaking to team-mates and mentors the last few days, Mikey and I and Aisling are immensely proud of how he conducted himself with all the teams he was involved with,” said Nicola.

Despite his mischievous antics, Donnacha was a kind-hearted, caring, good young man.

"If any of his friends ever needed anything at any time - day or night -  he was first to offer his help. He had a huge dislike for any sort of bullying. His protective nature came to the forefront when he saw any of his friends in a vulnerable position.

"As soul destroying as the last few day have been the support and love shown to our family has just been amazing from friends, neighbours, Cappamore GAA, Clanwilliam, Kilfeacle, Scoil na Trionoide Naofa, Doon GAA, the funeral home, Fr Dick Browne, all the Fathers and everybody who called to the house, sent messages, made phone calls - Mikey, Aisling and I can never thank you all enough. There are really no words to express our gratitude. We love our little boy so much and our lives are never really going to be the same. Thank you,” said Nicola to warm applause from the congregation.

In his homily, Fr Browne told Donnacha’s heartbroken friends the best way to honour his memory is to "live your lives to the best of your ability and to try and achieve your goals".

The Cappamore parish priest shared a story in his homily which gives an insight into why the Ryan (Luke) family is so well respected.

"I was at a wedding a long time ago where I was chatting to Donnacha‘s grandfather Mike. I was just after making 200 or 250 square bales. I was kind of worried because a lot of rain was predicted and they were still out. ‘We will be onto you tomorrow,’ said Mike. ‘Not at all,’ I said.

“The following morning they arrived on to Cappawhite with tractors and trailers, men and women, tea and sandwiches and they brought in the bales in jig time. I will never forget it. That's the kind of family that is grieving today and they don't deserve it,” said Fr Browne, who remembered Donnacha’s uncle Liam who also tragically died in an incident involving a vehicle.

“Twenty four years ago they shouldered a similar cross and I know they will shoulder that cross again with faith and dignity and resignation. When tragedy strikes what is brought home to us is the goodness of so many people,” said Fr Fr Browne.

May Donnacha rest in peace.