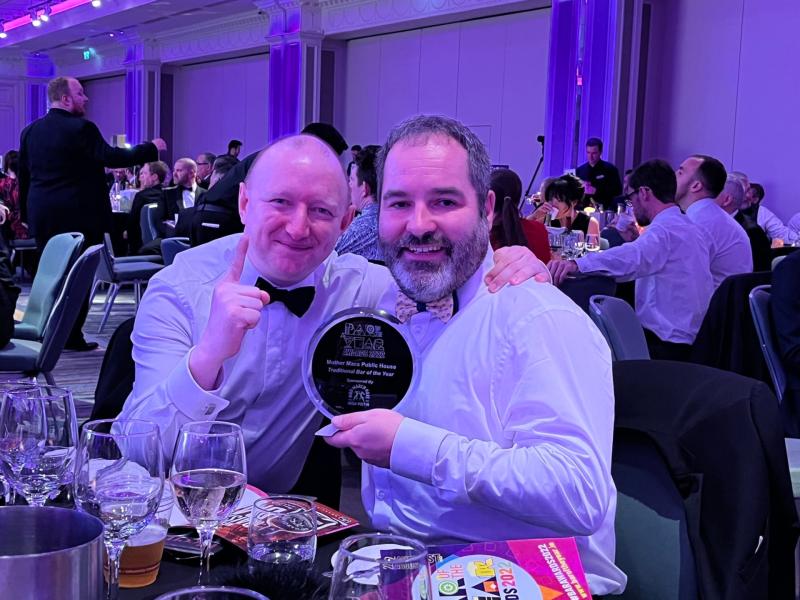 NO FEWER than nine local hospitality outlets are celebrating today after winning prizes at the Bar of the Year awards.

There were prizes all around for pubs, bars and hotels across Limerick at the prestigious event, which took place in Dublin's Clayton Hotel, Burlington Road this week.

It was a hat-trick of awards for Dolan's Bar at the Dock Road who won silver in the best live events section.

The famous live music venue also scooped the People's Choice award for the best bar in Munster - and the best bar overall in the section voted for by the general public.

The Tack Bar at Adare Manor won the gold title in the category of cocktail bar of the year.

Elsewhere in Adare, the Woodlands House Hotel won the top prize in the outside space category, the judges recognising the Fitzgerald families efforts to make their venue more user-friendly, especially during the Covid-19 pandemic when indoor dining was restricted.

101 O'Connell Street in the heart of Limerick won gold in the city bar of the year section.

The popular Mother Mac's Bar in High Street near the Milk Market was named gold winner in the traditional bar of the year category. There were double celebrations for its proprietors as their pub secured third place and a bronze medal in the craft bar of the year class.

There was also a gold award for JP Clarke's in Bunratty, which was named gastro bar of the year.

Also in the South-East Clare village, the world-famous Durty Nelly's pub struck gold in the tourist bar of the year category.

The Locke Bar at Locke Quay in the city centre won the bronze award here.

House Limerick on the banks of the Shannon took a bronze award in the Best Wine Bar category.

The winner of the Bar of the Year title was Bar 1661 in Dublin.

Now in their 17th year, the Bar of the Year Awards are the premium awards for the licensed trade.

These awards are dedicated to raising the profile of the sector.

Separately, Off the Bone, which is located in the South Court Hotel was named best gastropub in Ireland at the foods awards which took place at Dublin Airport's Crowne Plaza Hotel this week.