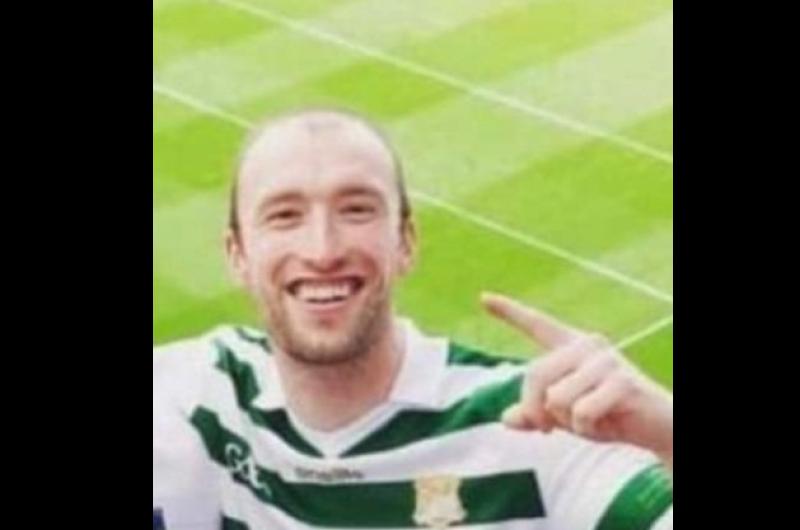 THE LATE Dylan McCarthy who passed away this Monday afternoon following a vicious assault is fondly remembered as "a quiet, laid back and genuinely lovely lad".

Gardai are investigating an incident involving up to 10 people during which Dylan, aged 29, from Kilmallock, and his father Eamonn, aged in his 50s, were assaulted. It occurerd in Monasterevin, County Kildare on Sunday. Eamonn has been transferred to Tallaght University Hospital where his condition remains "serious".

A friend of Dylan's told Limerick Live: "I can genuinely say he was a lovely lad, very quiet unless you knew him. When you did then he had this really heartwarming goofy laugh. He was always joking and laughing. Dylan played hurling, football and soccer with us - he seemed so laid back that he’d be horizontal but he was really excellent when the whistle went."

Local priest Fr Chris O'Donnell said there is a "cloud of awful sadness over the town".

"Everybody is heartbroken. The family are the quietest, nicest people. People would only speak good of them. It is every family's nightmare. There is nothing but prayers and love for them. They were just good, honest people in the wrong place at the wrong time and now we are left with this awful sense of the tragic nature of life and violence and repercussions," said Fr O'Donnell.

BREAKING: Limerick man passes away after assault in Kildare

The priest said everyone questions why do things like this happen to good people?

"It is a perpetual mystery that bad things can happen good people. All we can do is try to be with them as a community, as a parish, as a people and as neighbours and friends. It is just trying to share the pain.

"If we are trying to make sense of violence and something that doesn't have its origins in love or common decency or a sense of the dignity of life or the sacredness of life, we're never going to make sense of that. It is so alien to us that someone would do this to another life for no reason. They are the nicest of people. We are always going to struggle to try and make sense of it," said Fr O'Donnell, who pledged that the McCarthy family will be in his and parishioners' prayers and hearts.

It is with the heaviest of hearts that we at Kilmallock Gaa pass on our heartfelt sympathies to the family and friends of Dylan McCarthy.
Dylan played underage hurling and football at underage level and also played u21 and Junior hurling . He was a huge addition to any team and a pic.twitter.com/dpynra1Uq4

Local councillor PJ Carey said Dylan was the "nicest young fellow you could ever meet".

"Like his mother and father, he would do anything for you. We all hoped and prayed he would pull through but then we got the terrible news this afternoon.  What Marita and Eamonn are going through is unimaginable and Eamonn is still in hospital. Everybody in Kilmallock has them in the front of their minds and in their hearts. May he rest in peace," said Cllr Carey.

Fellow councillor, Mike Donegan expressed his condolences to Marita and Eamonn and the entire family.

"The family would be highly respected in Kilmallock. This is terrible tragedy to befall any family. The whole of Kilmallock is there to support them in the coming days, weeks, months," said Cllr Donegan.

Well-known Kilmallock man PJ Cronin said there is "a pall of sadness over the parish".

"I know Marita and the whole family all their lives. You couldn't meet nicer. We're all thinking of and praying for them," said Mr Cronin.