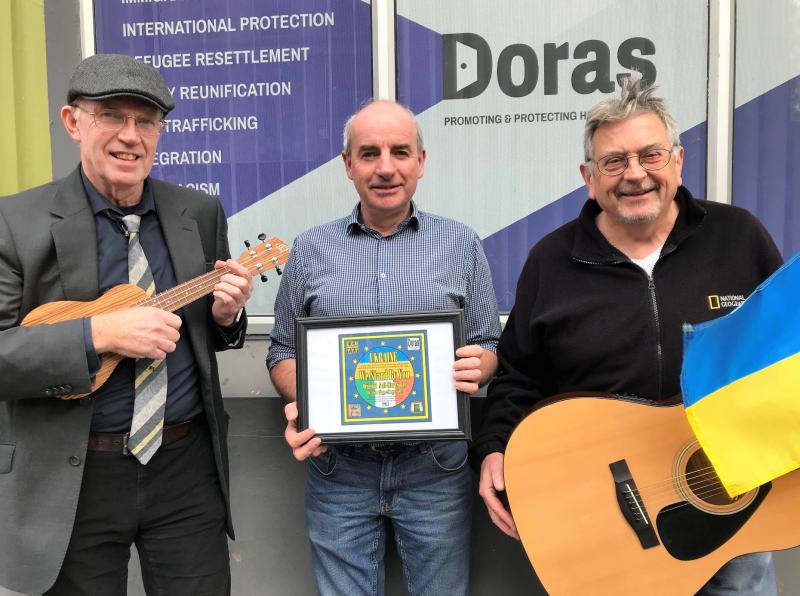 THE LIMERICK Writers’ Centre runs the popular Acoustic Club for songwriters every month in the Record Room of the Commercial Bar on Catherine Street.

Now, in association with EGN Productions, they are putting together a compilation album to help raise funds for the Doras Ukrainian Refugee Appeal Fund in Limerick.

The album will comprise of original anti war songs written by Irish based songwriters.

Each song to reflect the current world situation with regard to conflict among countries, specifically the Ukrainian situation – although the songs can be generic on the theme of war and peace.

As it is a not-for-profit project all proceeds from the sale of the album, at a special Acoustic Club gig, will go to the Doras Ukrainian Appeal Fund Limerick.

Doras is an independent, non-profit, non-governmental organisation working to support and promote the rights of all migrants in Ireland.

“We’re delighted to be associated with the initiative to produce a collection of anti-war songs. As a refugee support organisation, we’re acutely aware of the devastating impact of war, and how it divides and traumatises. It’s fitting that proceeds go towards helping people who have had to escape from the ongoing war in Ukraine.“ said John Lannon, CEO of Doras in Limerick.

Songwriters should get their songs in by email before the 27th August, in MP3 or WAV format and accompanied by a lyric sheet.

All recordings should be sent to: Eugene Nolan at egnyyyproductions @gmail.com