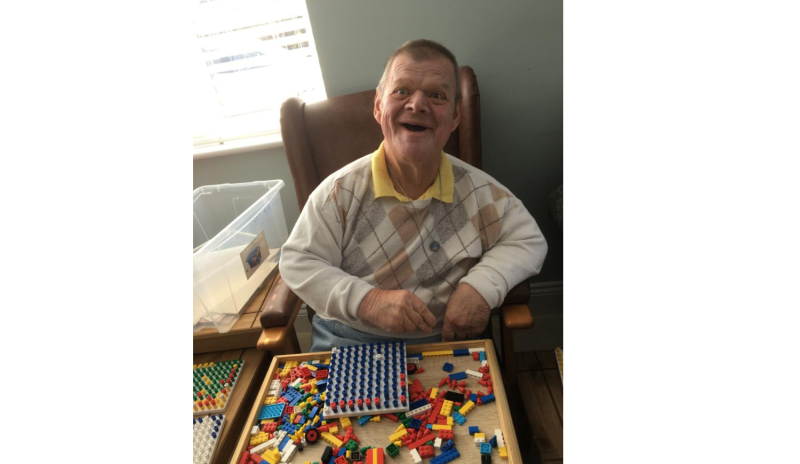 THE OLDEST person in the country with Down Syndrome, who was born in 1946, when “the world wasn’t ready for him” is living his best life now in a care facility in County Limerick.

Séamus Mooney was born in the small parish of Ogonnelloe, in County Clare to Bridie and Michael, who  both married for love in a time of rigid and often unfavoured arranged marriages.

“This shows how strong a woman my grandmother was. She married for love, and she protected Séamus until the day she died,” said Michelle Coughlan, who is a niece of Séamus.

Instead of putting children with extra needs in institutions, Bridie kept Séamus at home. With a limited knowledge on Down Syndrome in the country at the time, wealthy locals thought they could “fix” him and sent him up to Dublin for some time.

When Séamus returned home, his mother put him to bed one night, recognising that he had developed a new habit of always putting his arms up over his face, to cover himself.

“I always remember her telling me that after that day she never let him out of her sight. She always felt from then on that she was the only one that could look after him,” Michelle recalled. 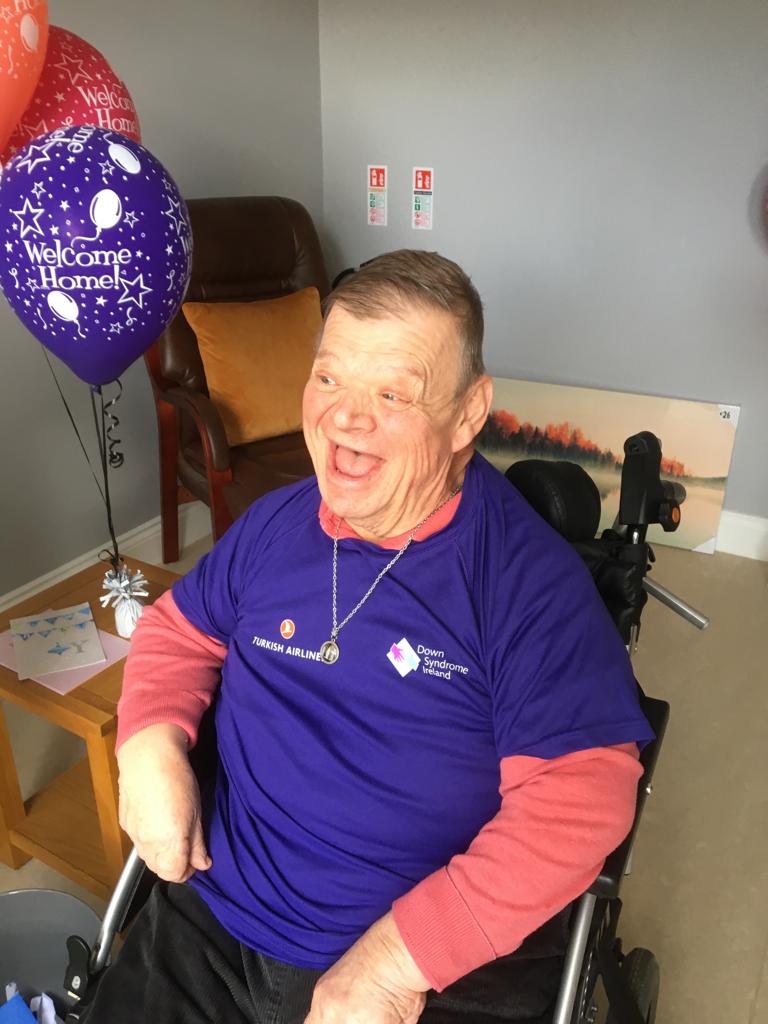 At home, Séamus didn’t access any services. Bridie made her family of five, which included Michelle’s mother Mary, promise that nobody would take her son away while she was still alive.

“Séamus may not have had great verbal skills but nonetheless, he was still known as a great character. He knew well how to curse and swear,” she told the Limerick Leader.

Lego and toys have been a great passion of Séamus’ throughout his life. He loved playing with his own siblings, later their children, and most recently a third generation of Mooneys.

Despite living with great anxiety for years after the passing of his mother, Michelle now describes Séamus as a “social butterfly” who loves music, parties, dancing and singing. And don't mention the 'wedding' word!

“He loves a wedding, but we can't tell him there is one coming up. If he found out he would just keep repeating the wedding, the wedding,” she said.

This in part, plays into the family’s decision to introduce Séamus to a Brothers of Charity retirement group when he was in his 50s, in an attempt to improve his services and offer him a new quality of life.

At the time he was living permanently with Mary and her husband Patrick. His new life led him into ventures like swimming and heading to the pub with friends for dances and the “odd drop.”

“Séamus doesn’t sip brandy, he knocks it back,” Michelle joked.

Now aged 76, Séamus is believed to be the oldest person with Down Syndrome in the State.

He is currently in full-time care at a Brothers of Charity residential respite centre in Castletroy in Limerick, having moved out of Michelle’s parents’ house after the first Covid lockdown.

Michelle described the move as the greatest “blessing in disguise” for her parents, who had been his long-term carers.

“The only time you see him with a frown on his face is when my mother goes in to see him every week and he is terrified she is going to bring him home,” Michelle said.

She pins this down to Séamus being the centre of attention in his care facility and "adored by all."

“He continued what he started in respite first at home during Covid, then in there where he would get a drop of brandy. He has been getting one now for three years,” she joked.