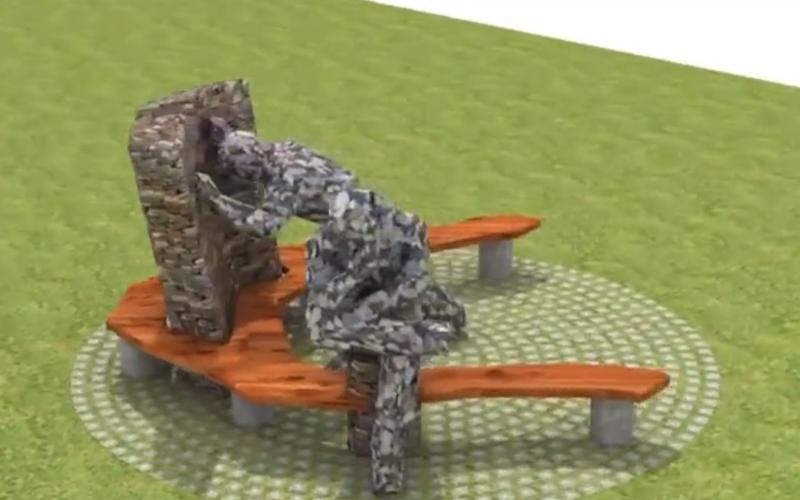 The memorial bench under construction at Barrington's Pier

A NEW PIECE of public art honouring two recipients of the Freedom of Limerick is being put together at a popular riverside viewing spot.

A memorial bench and art display to remember Frs Aengus and Jack Finucane, who founded the Concern aid agency is being constructed at Barrington's Pier, near where they grew up in Shelbourne Road on the city's northside.

It will be unveiled at a special ceremony on Thursday, August 18 next.

The Holy Ghost priests, pictured below in 2008, were conferred with the Freedom of Limerick three years earlier. 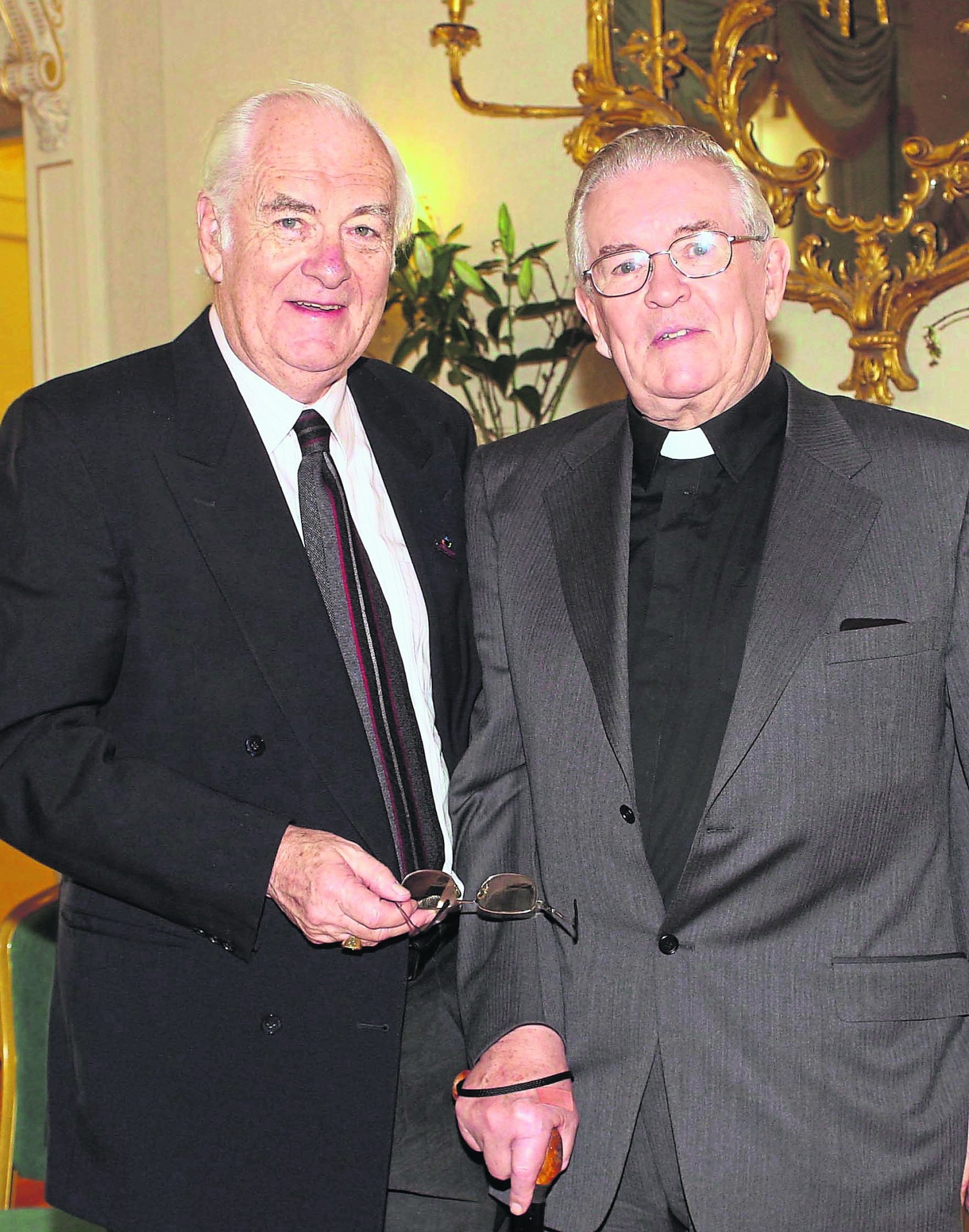 They've been hailed across the world for their work with Concern which they founded during the early stages of the Nigerian Civil War in the late 1960s.

Since then, Concern - Ireland's largest non-profit, aid and humanitarian agency - has grown to thousands of staff, and an annual budget of tens of millions.

Over 200 Ukrainians a day using ‘one-stop-shop’ in Limerick

Back in 2018 the agency issued a call for submissions to design, create and install a memorial bench for the brothers, who dedicated their lives to the work of Concern, delivering interventions to some of the world's poorest and most vulnerable people.

Tom Roche and Knut Klimmek were awarded the contract to design, create and install the bench, with the development being funded by money from private donors and companies.

Limerick Twenty Thirty has also supplied old stone from the buildings which were demolished at its flagship Opera Centre development for the wall of the memorial.

Metropolitan district leader Olivia O'Sullivan has given a cautious welcome to the plans, saying she will "reserve judgement" until the bench is unveiled.

ℹ️ BARRINGTON'S PIER: A Memorial to Limerick's Finucane brothers Fr Aengus & Fr Jack who founded/led @Concern is currently under construction. The Finucane Memorial Bench project was approved 3yrs ago, it will be officially unveiled later this month. See https://t.co/aVyYk4DqJc pic.twitter.com/sVesCBwCpt

"Barrington's Pier is a favourite local visiting spot and people were wondering what was happening there [with the building work]. Lots of people walk along the Condell Road to it. It’s always been a place people use to visit and meet up," she said.

The Fine Gael member, who has a degree from the Limerick School of Art and Design is in favour generally of public art, pointing out: "This is commemorating two people from Shelbourne Road, and two of Ireland's leading humanitarians. These men have a huge legacy of humanitarian work and we should be very proud of them."

Aengus Finucane sadly died in 2009, while his brother Jack passed away in 2017.