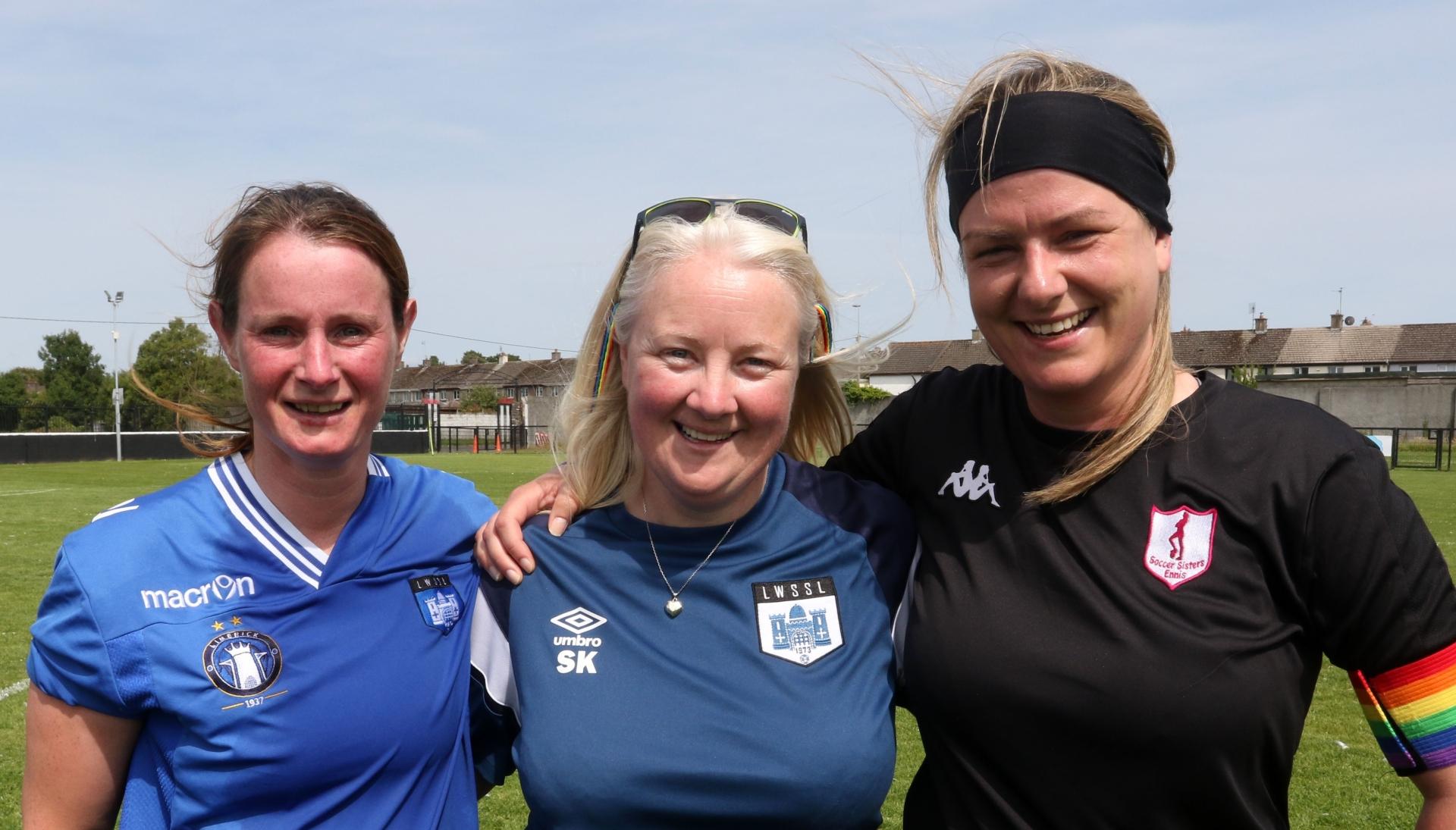 THE FIRST of what is hoped will be an annual Limerick Pride soccer match has taken place on the southside of Limerick city.

Janesboro FC played host to the contest between a Limerick women's select side, and a ladies team from Ennis.

Staged the day before the All-Ireland hurling final, the result was the same, as Limerick came out on top, winners by nine goals to three, 52-year old Tanya Carney notably scoring a hat-trick for the Treaty side.

Local councillor Sarah Kiely, who helped organise the event, said: “This is about women in sport. It’s about having pride in your community, and everyone is part of our community no matter what or who they are.”

The Limerick women’s side were picked from players attached to Newtown Rovers, Mungret and Bridge Celtic, as well as a number of athletes not currently turning out for any team.

Well-known local historian Sharon Slater, the grand marshal of the Pride parade turned out to show her support.