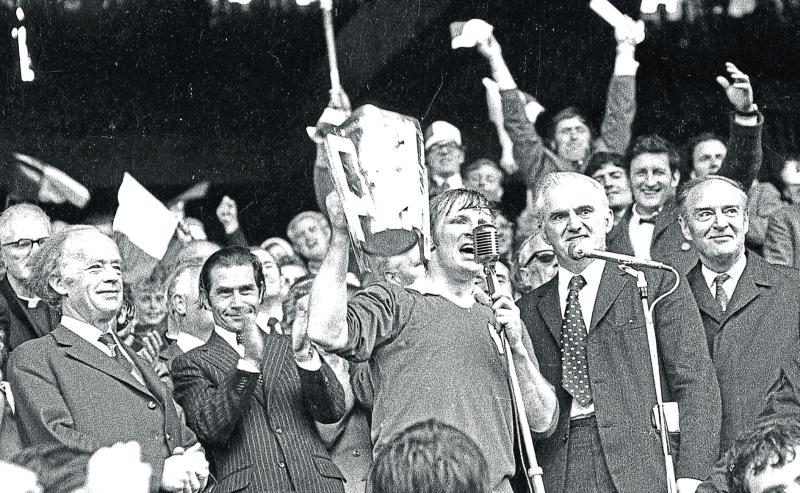 IT was the first Sunday in September of 1973, the Dublin sky was blanketed in dark-grey clouds and torrential rain showered throughout the day as Limerick’s 33-year drought became no more.

Leading up to the All-Ireland hurling final this year, the Limerick Leader spoke to a number of supporters who attended the fierce battle that took place in Croke Park on that fateful day.

Tom McGowan, 58, a Limerick city man was nine at the time of the All-Ireland final. He took the train from Limerick to Dublin and recalls the moment he received his tickets to the match: “There was huge delight when the postman delivered the letter, which was opened and the gleaming gold GAA crest was a sight to behold.”

To this day, Tom possesses those precious tickets that still mean so much to him. 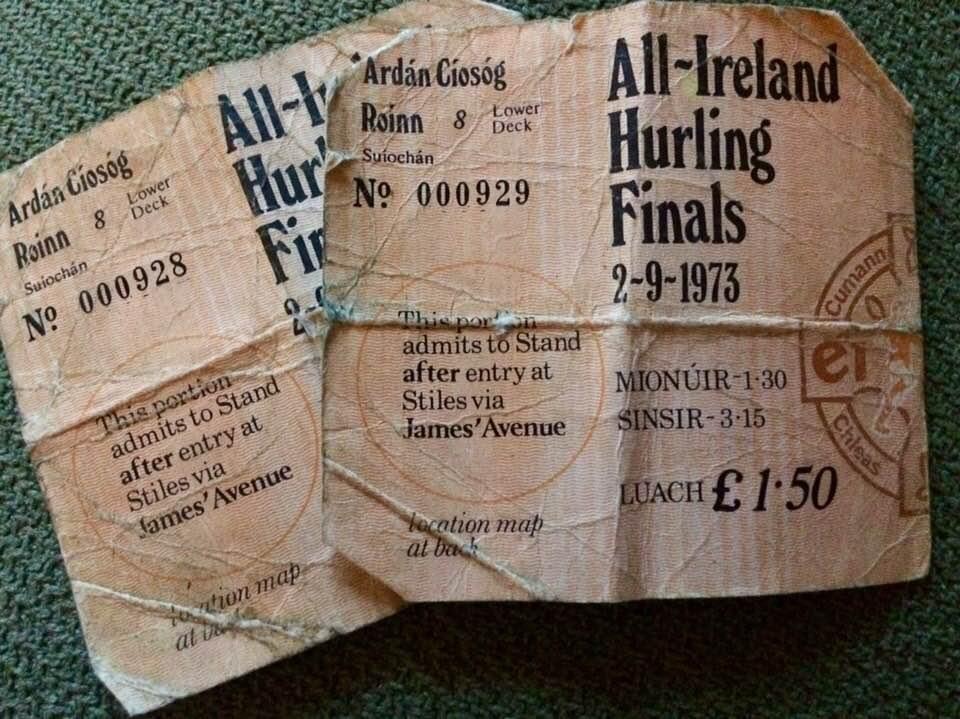 Match day came, the “fry was had” and off Tom went with his father on the back of his bike to the train station: “The train carriage was filled with chat and cigarette smoke. I thought we would never get to Dublin. As we approached the city many people opened the top windows in the train and lots of Limerick flags were then waved out the windows. I wanted to do the same but there was a firm ‘no’ from the boss who was afraid I might lose the flag before the game.

“I don't remember a lot about the match itself as being a small child surrounded by what seemed to be huge men I only got a few glances of the action. What I do remember was the huge cheer and enormous joy at the final whistle. I had never seen such a sight,” Tom recalled.

“The train home was once again jammed but people couldn't care less. Delight was written on every face. There was drinking, singing and of course smoking,” Tom said, and this time he got the go ahead from ‘the boss’ to stick his flag out the window and wave it as the train pulled into the station.

“The doors opened and people were jumping off the train before it came to a stop. We headed back out to the bike and away home to tell them all about our ‘lá mór amach’,” Tom added.

James Collins, 56, from Patrickswell, a proud Limerick man was seven-years-old when he also took the train to Dublin to support the Treaty boys as they faced an uphill battle against the fierce Cats of Kilkenny.

It was a long day travelling by train with so many stations in operation in the country at the time; nowadays Colbert Station in the city is the only one operating in the county at full capacity.

“I can remember taking the train with my father Seán, who’s now 90, my uncle Michael who used to own the Railway Hotel across from Colbert Station who was also a former Limerick TD and my uncle Mossy,” James said.

“I remember the hats the supporters wore at the time were made out of crepe paper, white and green and when they got wet the green dye used to run down across people’s foreheads,” James laughed.

James’s fondest memory of the day arose on the train journey back from Dublin: “I remember this guy, full of hooch from the day and he came bursting into our carriage which was fairly full and starts roaring down the middle of the train ‘33 years, it won't be 33 years again!’ When it got to 34 years and 35 and up to the 40s I remembered his words and how he was so right!”

A bus service was run from Jerry O’Dea’s bar on Mulgrave Street in the city where Seámus worked for 27 years and he was extremely saddened to hear of the recent loss of Cllr O’Dea, the owner of the famous pub.

“I remember it like it was yesterday, it was my first time ever in Croke Park and I’ve been to 46 All-Ireland finals since,” Seámus said.

Seámus continued: “We were tired of going to matches in the 1960s, Tipperary beating us, Cork beating us, everyone beating us. Then came 1973 and the Munster final in Thurles. To win it with Richie Bennis and his late point was like winning the All-Ireland itself as we hadn’t won in so long.”

Of course a new chapter has now been written with Limerick repeated their 1973 success by defeating Kilkenny in the 2022 All-Ireland Senior Hurling Final last Sunday.

It came 49 years later but this time under a scorching sun rather than torrential rain.