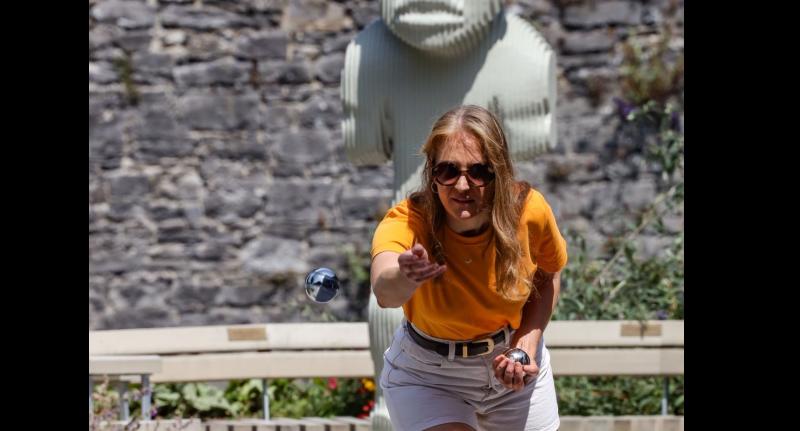 A FESTIVAL which marks all things French and heralds the flight of Limerick's Wild Geese was once again a huge success his year.

While the main event of last weekend was Limerick's All-Ireland win, a number of French-themed events took place in the city centre.

Among the activities were an academic conference in Mary Immaculate College on the Irish Wild Geese history, the Honora French Irish Designer Fashion Show in St Mary’s Cathedral and a gun salute and concert to honour Limerick's French and Irish ties in King Johns Castle last Sunday, July 17.

Loic Guyon, France's honorary consul said: "This year’s edition was a huge success in no small part thanks to the incredible work done for us by the Holman-Lee Agency for our inaugural Honora French and Irish Sustainable Couture Show, but also thanks to the amazing artistic performances that took place over the weekend, including the premiere of French composer Erick Falc’Her-Poyroux’s ode to the history of Ireland performed by the Irish Chamber Orchestra and special guests."

Loic praised the team of volunteers who helped the festival go-ahead, singling out the En Garde reenactors, Scoil Uí Ruairc and the St Mary’s Prize Band.

This year’s event also had an academic dimension with a fascinating Wild Geese conference that brought to Limerick the best specialists in the field, he added.