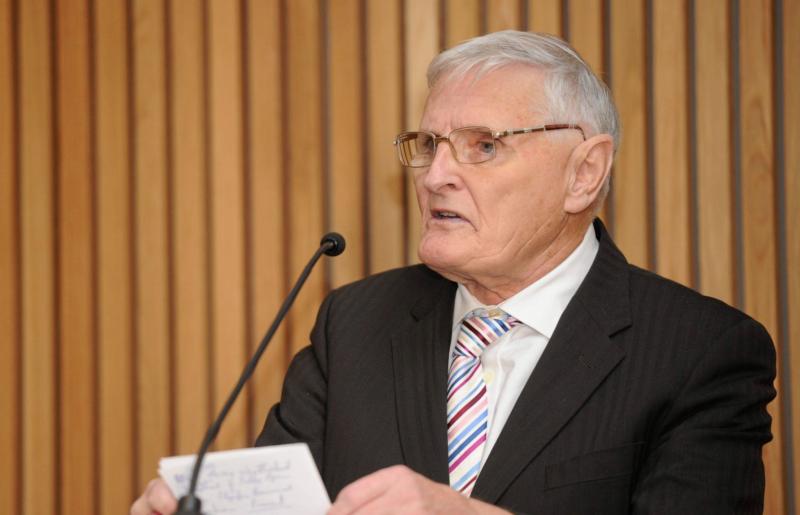 IT WOULD have been a ‘Long’ road home for Ronnie after a puncture only for the help of fellow Irish athletics greats.

The Limerick man who will turn 87 this month, accompanied by 92-year-old friend Michael Hayes, were returning from watching the National Athletics Championships in the Morton Stadium in Santry, Dublin when at round midnight on June 26 they had a front tyre blow out near Castletroy.

Mr Hayes said they were unsuccessfully trying to recover the spare wheel and implements to make the tyre change when a voice from the side said, “Gentlemen, can I help?”

“Ronnie looked up and said, ‘Thomas Barr, how did you know it was us?’,” recalled Mr Hayes.

Three hours earlier Thomas had won his 10th national 400m hurdles title. The Waterford native with close ties to University of Limerick, who missed out on a bronze medal in the Rio Olympics by 0.05 seconds, had plenty of time for the two elderly gentlemen.

“Thomas replied that he did not know who was involved but he wanted to try to help two persons in motoring difficulties. By then we were joined by Kelly McGrory, who earlier had impressively won gold in the women’s 400m hurdles. She and Tom were returning to their training base in the University of Limerick."

“Thomas produced the equipment needed to change the wheel, and without difficulty recovered the spare wheel from the boot and expertly put it in place. He has a top class degree in Mechanical Engineering from the University of Limerick, but he showed in the ultra-professional way that he made the wheel changes that he also has acquired very practical mechanical skills along the way,” said Mr Hayes, of Labasheeda, County Clare.

As the tyre change was nearing completion another car stopped behind their vehicle – the trend of stars of track and field stopping to help continued. Who should get out only Sarah Lavin and her engineer father Ger. 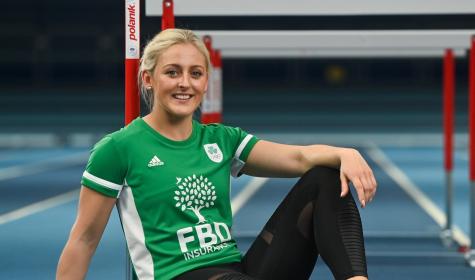 “The Lavins are well known to us, but they were unaware of whom they were offering to assist. Several cars passed by us that cool and windy morning. The persons in the two cars that stopped to help took time out from the rest that their sport requires.

“There is a view that athletes and top-class sports people are selfishly concentrated on their own advancement. Like many great sports people, Thomas Barr and Sarah Lavin, are very dedicated to their training regime, as doubtless is Kelly McGrory, whom we know least.

“They are totally focused when in competition, are generous in complimenting the vanquished, and always ready to support their colleagues and others. Such persons are great role models for aspiring young persons,” said Mr Hayes.

It is thanks to the kindness of these great runners that Mr Long and Mr Hayes didn’t have to walk home. It is a pity that Ronnie Long released a book on his sporting and life memories called the Long Road last year as this would have been a great story for it.