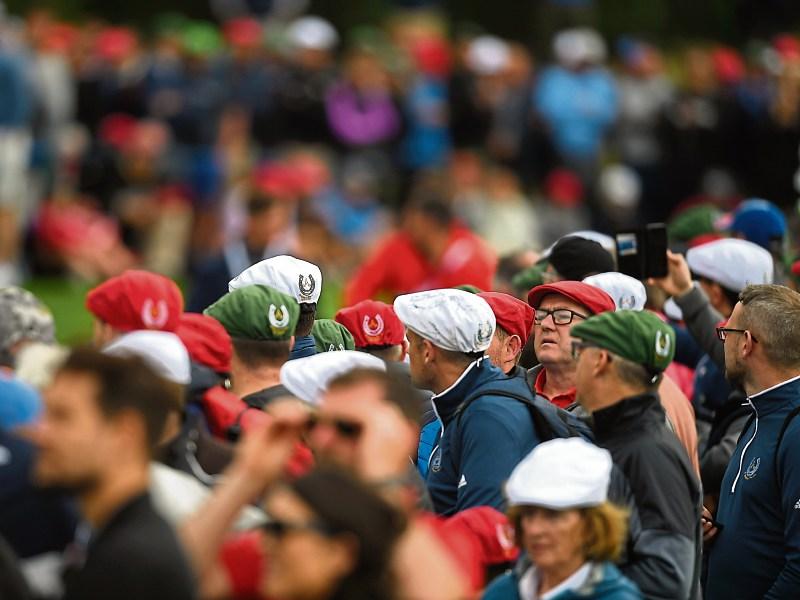 THE JP McManus Pro-Am and the Ryder Cup golf tournament in five years must provide a lasting legacy to Limerick.

That’s according to the former president of the Limerick Chamber, Donnacha Hurley, who was reflecting on a week which saw visitors to the city and county from all over the world.

Often used in the context of the Olympiad, the idea of legacy projects are often there to recognise and provide lasting benefits following a major international event.

And Mr Hurley, who runs the Absolute Hotel, feels Limerick needs to look along the same lines ahead of 2027 when the tournament hits Adare Manor.

“What we have to figure out is how can we get the best legacy possible out of the Ryder Cup. We talk about this concept of legacy, and often they build infrastructure, and often that infrastructure isn't used again. The big challenge is how do we use the Ryder Cup as an anchor from which we all drive forward to make Limerick look as good as possible, and then get a legacy from it in terms of how we are positioned and what people think of us.”

“For me, it's about how do we ensure we get the biggest bang out of it, and minimise the criticisms,” he said.

Mr Hurley believes everyone needs to be singing from the same hymn sheet, and acting on behalf of “brand Limerick” so some of the international tourists who came to the Mid-West last week – and could come again in 2027 – could return for business and pleasure.

“There are massive opportunities for all the businesses, the IDA and the council, and this is what we need to get right,” he concluded.

“It was a great dry run for the Ryder Cup. It shows Limerick can do it,” is the view of local Vintners Federation representative Paul Flannery, “There will always be learnings, and we need to take these on the chin in terms of what we can do a bit better. I've heard comments around the queuing in the manor for the merchandise tent, and some of the good tents. These can be resolved.”

His biggest issue is transport, and access to Adare Manor, with tailbacks a common sight around the village each morning and evening ahead of play.

There are hopes the Adare by-pass might be in place by 2027, reducing the issues around the area, but Mr Flannery thinks more focus should be put on public transport.

“When people came in, they got lifts out to the manor, but coming back, they couldn't get lifts unless they got a bus for the Park and Ride. There was no direct bus service back into the city from what I understand. The transport infrastructure needs to be looked at. If we want to thrive and be successful, we need to transport people around the urban hubs and accommodation blocks in five years time. We will have traffic backlogs at peak times, but the more public transport and efficient public transport we have, it will ensure it's a huge success,” he explained.