Plans for directly-elected Mayor Limerick remain on the back-burner 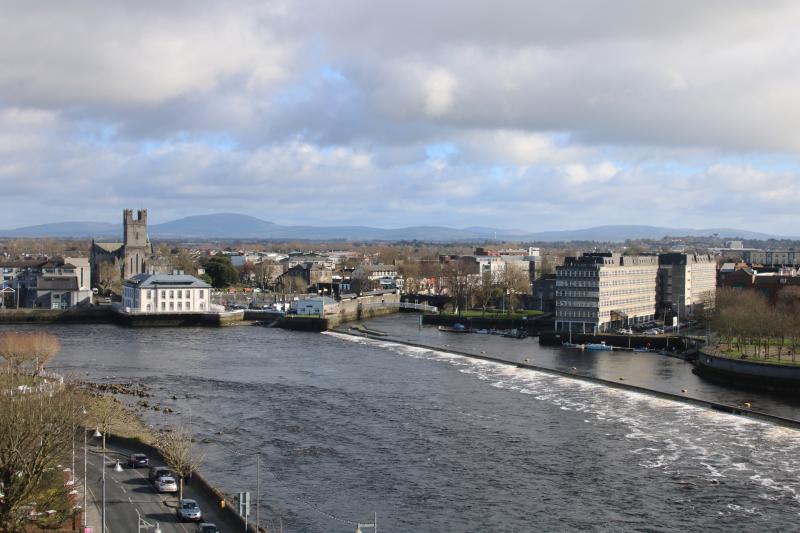 AFTER an eventful 12 months in office, Cllr Daniel Butler has handed over his mayoral chains to Cllr Francis Foley.

Over the long and storied history of Limerick city, councillors have always elected a first citizen internally, with the annual mayor-making ceremony once attracting big crowds.

Indeed, on some occasions, the old City Council has had to issue tickets to its annual general meeting to control capacity in the City Hall chamber.

WATCH: Newly-elected Mayor of Limerick sets out his stall for the year

In the past, it has quite often been a dramatic occasion, with the late Jim Kemmy's maxim that: “You never know you are mayor until the chain is around your neck” often ringing true.

This century, we have seen Diarmuid Scully do a deal with the opposition parties to deny his party colleague Maria Byrne a shot at the mayoralty.

And the final mayoral election of Limerick in its traditional form - before the council's merged in 2014 - was a very rancorous affair, with the late Pat Kennedy believing he had his party's nomination, until instead Fine Gael put forward Denis McCarthy for the role.

This led Mr Kennedy, a councillor since the 1960s, and former Senator, to break party rank and vote for Independent councillor Kathleen Leddin, who up until then was a perennial runner-up.

As a result, Ms Leddin, whose late husband Frank had been a Fine Gael stalwart was able to announce her retirement from politics a year later having achieved the highest office in Limerick.

It was the small size of the old City Council - 19 members - which often left the mayoral election on a knife-edge.

However, since the City Council merged with the County Council in 2014, Fine Gael and Fianna Fail have been able to form a super-majority, which sees the Civil War parties control the 40-member local authority.

The annual mayoral election has since produced little surprise, with the two parties candidates alternating each year. The opposition groupings often run what proves to be little more than a paper candidate - although last year, Mayor Butler was elected unopposed.

The elephant in the room here is the fact that three years ago Limerick voted in a plebiscite to create a new office of Directly Elected Mayor with far-reaching powers - and a five year term - in a move which would see the annual mayoral election consigned to history.

However, other global emergencies, most notably Covid-19, have ensured the laws that would govern this new position have still to get through the Dail and the Seanad.

What this means is for the time being, Limerick's first citizen will continue to be elected on the same basis as it has been done for more than 800 years.

And it's looking more likely that the maiden election for an executive mayor will take place around the same time as the next local elections, with just two years left in the current council term.

As they did at the start of the last council, Fianna Fail and Fine Gael in 2019 sat down and carved out a deal, which included the five mayoralties this term, put forward on the basis the legislation might take a couple of years to be finalised.

However, at that time, following the passing of the plebiscite, nobody expected to get to 2022 and be electing a mayor from within.