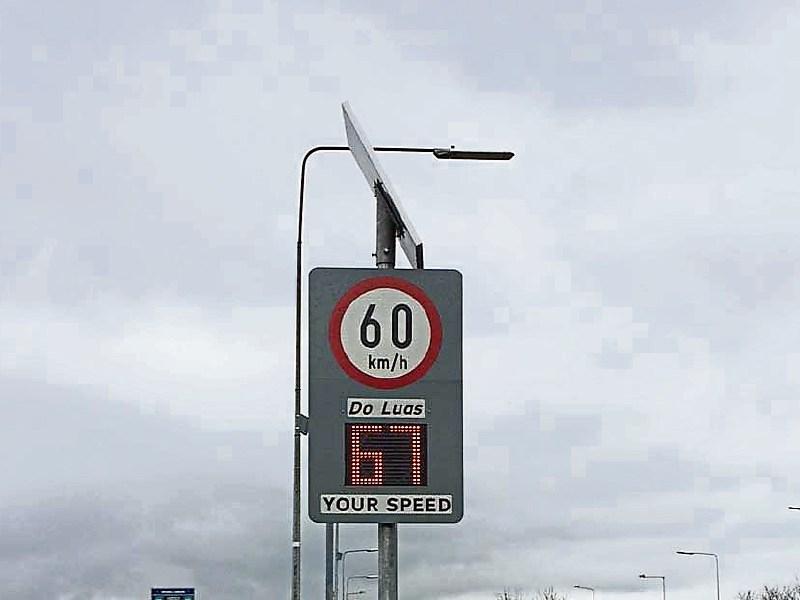 COUNCILLORS in one Limerick area are concerned at a criminal trend which has seen thousands of euros worth of batteries and wires pulled from driver feedback signs.

The issue was raised by Cllr Gerald Mitchell at a meeting of the Cappamore-Kilmallock Municipal District, who said that the trend is an ongoing issue for gardaí in Southill and North Cork.

“I would just like to say that it is an utter disgrace that these batteries are being stolen for whatever purpose. It is a health and safety issue,” he stated.

Cllr Martin Ryan shared Cllr Mitchell's disgust, stating that the batteries were being stolen for the valuable metals contained within.

No decision yet on idle apartments in Limerick town

He suggested that the gardaí would speak with the metal dealers to ensure that they are not accepting the stolen batteries for the purpose of recycling.

Trevor McKechnie, Senior Executive Engineer with the council confirmed that batteries have been stolen from at least six driver feedback signs in the Cappamore-Kilmallock district in recent weeks.

There are a total of 25 feedback signs spread throughout the district.

He stressed that the wiring had been “ripped out” of these driver feedback signs.

“These are not cheap pieces of equipment to replace, and they are in the process of updating the cages around them with a padlock to try and make them more secure,” he said.

Cllr Michael Donegan said he was appalled by the criminal activity and asked officials about the cost of each cage and the replacement of batteries and wiring.

Mr McKechnie said that he did not have the exact figure on hand but informed that the cost of obtaining the batteries and having the feedback signs rewired is “very expensive.”

“You are talking about a couple of thousand, for each one,” he said.

He added that in each incident, the gardaí have been informed.

“It is a serious problem in North Cork, and it is a serious safety problem when these things are not in operation,” he told councillors present.

The matter is due to go before the next Joint Policing Sub-Committee (JPC) meeting for the MD.