No decision yet on idle apartments in Limerick town 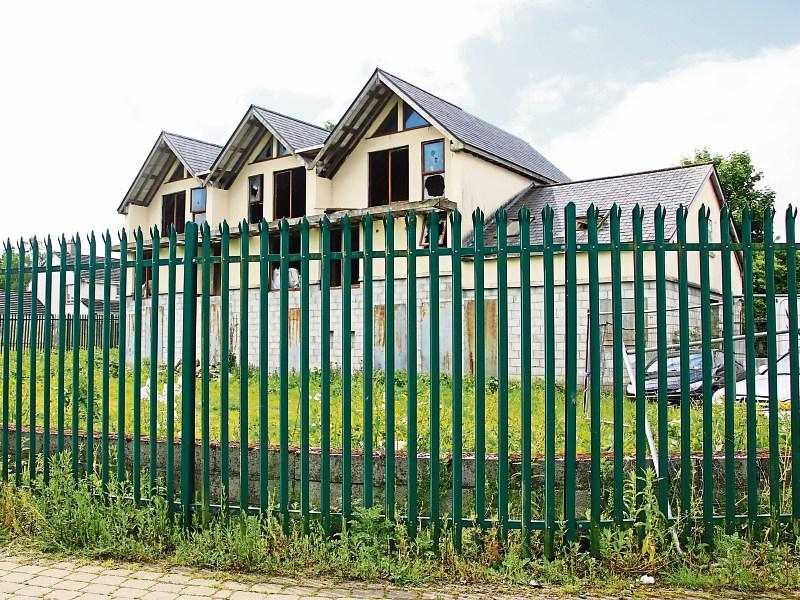 The unfinished Wolfe Tone Street apartments in Kilmallock have been in a state of disrepair for 15 years | PICTURE: Adrian Butler

A decision on whether to demolish an unfinished apartment block which is attracting anti-social behaviour in one Limerick town has been further delayed, after councillors failed to agree on terms.

The motion on whether the council would demolish the Wolfe Tone Street apartments in Kilmallock was again tabled at the June meeting of the Cappamore-Kilmallock Municipal District.

Trevor McKechnie, Senior Executive Engineer with the council said that the local authority could not ignore a report that says the site is “in an unfit state” and “should be demolished.”

“Since construction some 15 years ago previously, the building has been allowed to fall into a state of dereliction and disrepair,” he read from a professional firm’s structural engineer's report.

“This is to such an extent that the structure of the building cannot be retained or renewed,” he added.

Cllr Eddie Ryan, NP, called the report visual only and an opinion looking from the outside, stressing that the situation could be a win-win for Limerick City and County Council.

“You don’t have the cost of demolition and you have the sale value of the site and the structure,” he said of the unfinished apartment block, which has been 70% completed.

He added that the apartments could have been lived in irrespective of flood and structure if the developer had followed planning regulations and not put in one extra apartment at the time.

“We have to deal with the facts that are here now. In 2022, this site is located in a flood zone,” Mr McKechnie responded.

Cllr Eddie Ryan told those present that the council should not be party to the demolition of the structure, asserting that it should be put up for sale on the open market.

Cllr Martin Ryan, FF, raised the question of what the people of Kilmallock want, saying that it hasn’t been mentioned and is in fact, the most important part of the argument.

In response, Cllr Michael Donegan, FF, said that he still stands by his motion submitted 15 months ago to have the unfinished complex demolished.

He referenced how at the time, he met community groups including town traders, Kilmallock Tourism and Kilmallock Partnership, who he said were “crying out for the site to be knocked down.”

Cllr Donegan said: “We are here 15 months later, banging the same drum. I don’t know where the breakdown has come from.”

Cllr PJ Carey, SF, who stands in favour of keeping the apartments, outlined that since then it has emerged that there is an interested developer looking to bring the apartments into repair.

“The developer has approached me and PJ with a view to buying this premises. It would be very foolish on our part to go on a whim of a vote today to knock down this building,” said Cllr Eddie Ryan.

After 55 minutes of deliberation, it was decided that the motion will be resolved at the next municipal district meeting later this month.