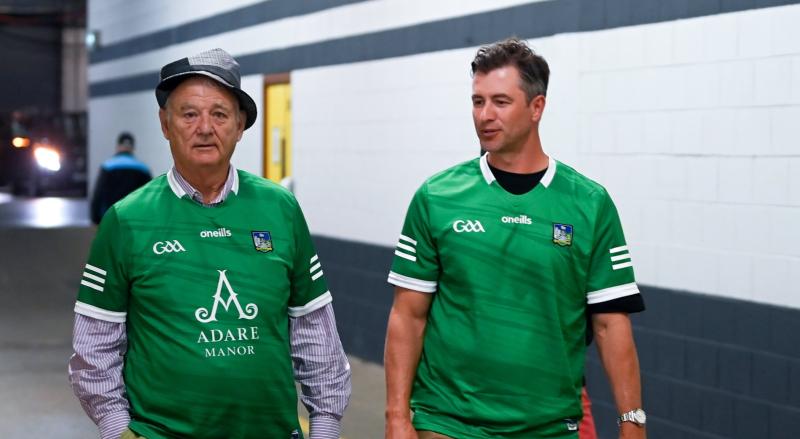 A REMARKABLE three days for Limerick sports fans commences in Croke Park this Sunday afternoon followed by the JP McManus Pro-Am in Adare on Monday and Tuesday.

The two sporting events have combined with Mr McManus bringing some of those well-known faces participating in the pro-am to GAA headquarters. They will watch Limerick take on Galway in the All-Ireland semi-final to earn the right to take on Kilkenny. 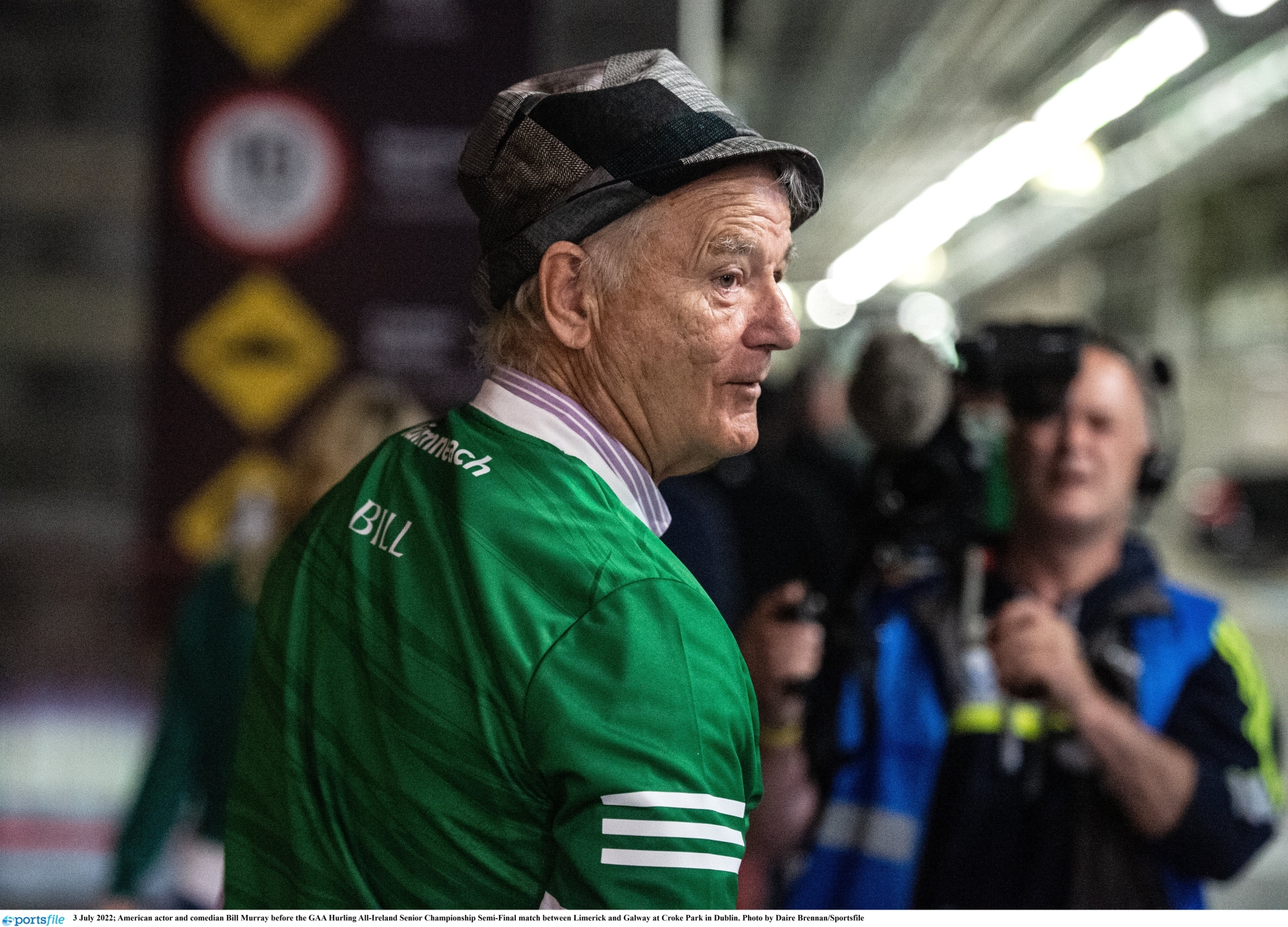 Acting great Bill Murray and former Masters champion Adam Scott have been captured by Sportsfile wearing Limerick jerseys. The colour suits Mr Scott who has a liking for green jackets! The Australian won in Augusta in 2013.

WATCH: No 'Groundhog Day' for patrons of Limerick city pub as Hollywood star joins them for 'the craic'

Bill Murray is almost an honorary Limerick man at this stage due to his recent visit to the city and county. He also attended the All-Ireland quarter finals in Semple Stadium with Mr McManus.

But this time there is no doubt about where his allegiances lie as he is wearing a personalised Limerick jersey with 'Bill' on the back.

Another man seen in Croker cheering on Limerick as Galway went toe-to-toe with the 2021 All-Ireland champions was Castleconnell's Andy Lee.

The former WBO middleweight champion would have appreciated this heavyweight contest as Limerick did win on 'points' in a nail-biting encounter. Kilkenny await in the All-Ireland final.