WATCH: No 'Groundhog Day' for patrons of Limerick city pub as Hollywood star joins them for 'the craic' 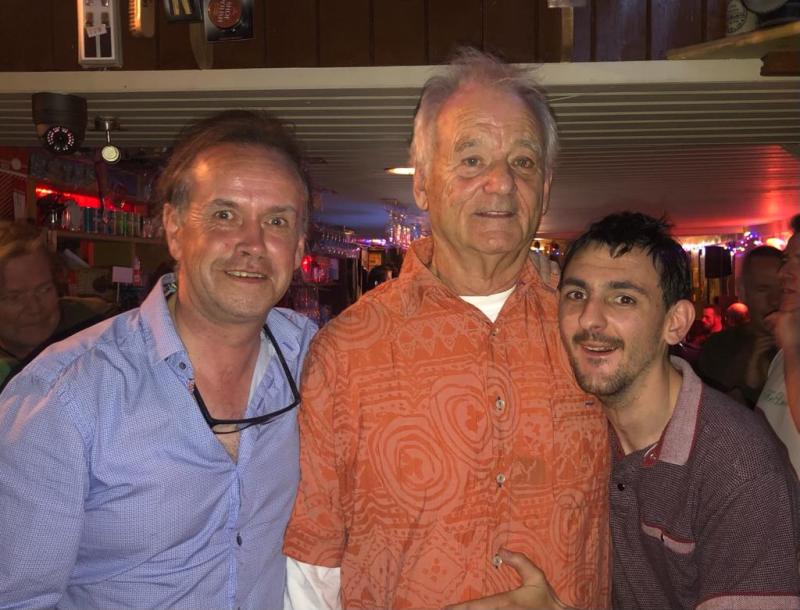 IT CERTAINLY wasn’t a case of Groundhog Day for the patrons of a Limerick city pub when none other than Hollywood superstar Bill Murray walked in the door on Monday evening.

Jaws dropped to the floor when the A-list movie star made an impromptu visit to Charlie Malone’s Bar on Wolfe Tone Street in the city centre.

The acting legend casually walked in the door at around 9.30pm and sat himself down at the counter and ordered a beer.

He was accompanied on the visit by JP McManus’s associate Paul Foley and quickly made friends with the locals.

“We were stunned to see him walk in. People were doing double takes. There was a group of Spanish people who didn’t believe it was him. When Bill was gone I told them it genuinely was him and then they were crying and very upset that they didn’t get a picture with him,” explained Paddy Kelly, owner of Charlie Malone’s.

According to Paddy, who was raised in the parish of Bulgaden/Martinstown where his family run Bulgaden Castle, Bill really enjoyed his pint of Murphy’s and stayed for over two hours.

“He was so warm and friendly and was very funny - deadpan humour. He had a great chat with the musician Phil Aherne who was here. Phil is one of the main musicians who plays with Bono and Glen Hansard for the Christmas busking session in Dublin every year.”

It wouldn’t be a proper night in an Irish pub without a good ole sing-song and it wasn’t long before Bill was belting out the tunes with the locals.

“There were a few guitar players and a sing-song started. He thoroughly enjoyed himself. He gave a wonderful rendition of The Star of the County Down. It was some craic!” Paddy added. (See video above taken by Louise Morrison).

On Saturday, the actor attended the All-Ireland hurling quarter-final clash between Cork and Galway at Semple Stadium in Thurles with JP McManus. Mr McManus was photographed outlining the rules of hurling to the legendary Hollywood star.

Bill grew up in an Irish Catholic family outside Chicago with his paternal grandfather coming from Cork, and his maternal ancestors hailing from County Galway. Famous for his leading roles in Groundhog Day, Ghostbusters, Lost in Translation and many others, Bill is a keen golfer, and could well be seen in Limerick next month for the 2022 JP McManus Pro-Am.

He starred in the 1980  movie Caddyshack, about a young caddie who wants to pursue a scholarship at an elite country club so that he can join a college. He has played in numerous pro-ams, written a golf book, been inducted into the Caddie Hall of Fame and is a part-owner along with his brothers in a golf-themed restaurant at World Golf Village in St Augustine, Florida. The 2022 JP McManus Pro-Am tournament is set to take place at Adare Manor on July 4-5 and will feature a host of top golfers and celebrities.