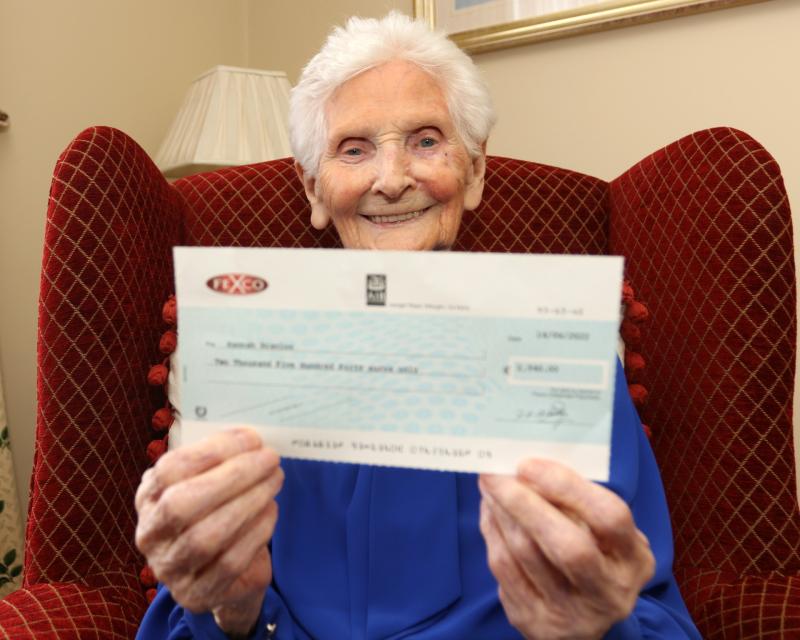 MEMBERS of one Limerick community were jumping for joy as they celebrated the milestone of not one, but two centenarians in the space of a week.

Hannah Scanlon turned 100-years-old on Wednesday, June 22, marking the remarkable occasion with family and friends, as a special Mass was said at her residence in Athea.

Originally from Abbeyfeale, Hannah decided to leave the town after the Second World War, coming to work in Danaher’s shop in Athea with her sister Eileen.

“She told me that when she first came to Athea, they had stamps for rationing the food. She thought they were for envelopes, she couldn’t believe it. Food was so scarce,” her son John Scanlon said.

Local families and friends have been calling all week to congratulate Hannah, who became the second centenarian in the village, following in the footsteps of Nora Lynch, who recently turned 102.

“She is in great form at the moment. We had another party last Friday night. She stayed up until 12 and didn’t want to go to bed at all.

“Her children and grandchildren were all there and she got to meet her latest grandchild, from Dublin who she hadn’t seen yet,” John told the Limerick Leader.

Hannah was delighted to receive her special message and personal cheque from Michael D Higgins, the President of Ireland, wishing her a happy birthday and congratulating her on her longevity.

“It’s a lot of money in today’s world, especially coming from hard times and a big family like she did,” her son John added.

Her motto for a long and healthy life has always been “if you can grow it yourself, eat it.” Growing up, the family always had a garden with potatoes and cabbage, killing a pig twice a year for meat. 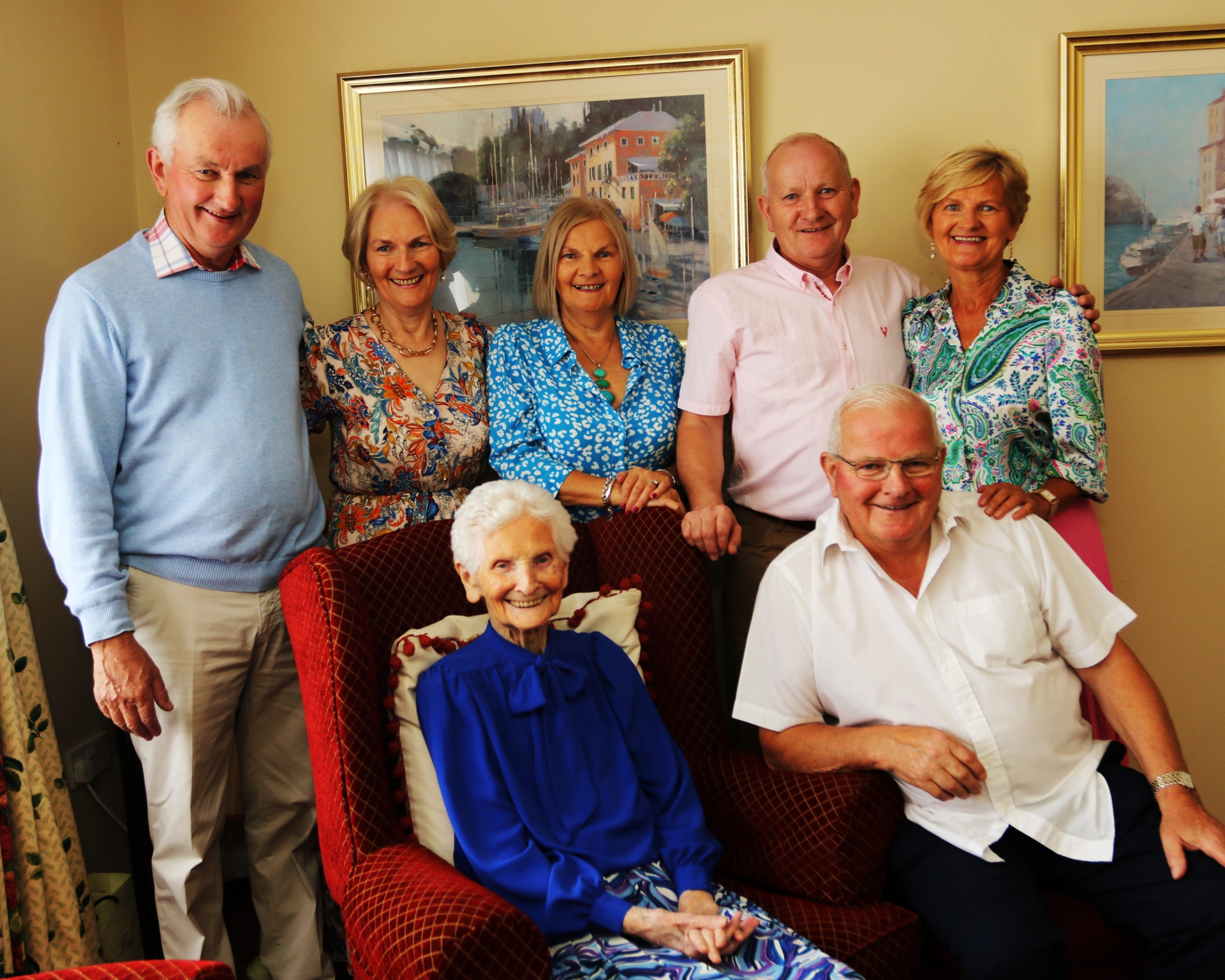 Hannah reads the paper from front to back to stay sharp and loves Limerick hurling and Munster Rugby. Her favourite was always Ronan O’Gara.

“You were never allowed to say a bad word about him,” John said.

She loves listening to Mass on the radio and is quite good on the phone. If she wants to ring somebody, she will sit down at the table and call them from her list of numbers.

“She is happy with life. She has lived a good life. She is looking forward to a few more years hopefully. She has great family, friends and great neighbours,” he concluded.