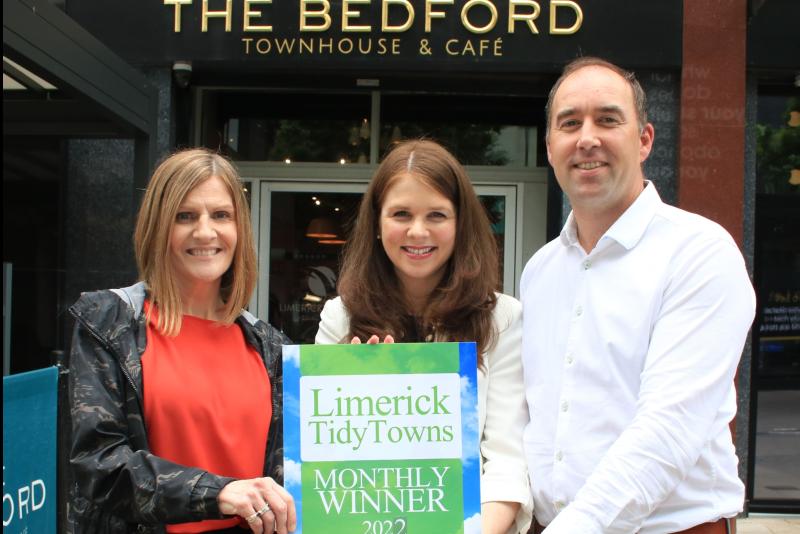 A CAFE run by one of the most well-known business famillies in Limerick has won the Tidy Towns award for June.

The Bedford Townhouse and Cafe at 11-12 Bedford House in Bedford Row, was named the monthly winner of the award.

Run by Denise and Peter Brazil, Bedford House is also the home to the Limerick Travel estate agents, a long-term fixture in the city.

Maura O’Neill said were it not for the suspension of the monthly Tidy Towns awards during the pandemic, the pair would have picked up the award much sooner.

Limerick Gardai offer advice to homeowners who are travelling for holidays

“We would most certainly have given one to this beautiful premises before now, given the new lease of life it has brought to what is considered a unique segment of Limerick’s commercial heritage,” she said.

The Café and Townhouse were part of an extensive renovation showcasing some of the original features of the building which dates back to 1830, while enhancing it with modern contemporary signage.

The property was once two Georgian townhouses and it has a rich industrial heritage, having been home to Peter Tait, former three-time Mayor of Limerick.

The first phase of the project, The Bedford Café, opened in July 2018 and this was followed by the stylish 12-bedroom boutique townhouse, which officially opened in November 2018.

The Bedford Townhouse and Café is Limerick City Tidy Towns’ fifth monthly award for 2022, and as a result will be in with the chance of winning this year’s overall prize at their annual event which is expected to be held early in the New Year.