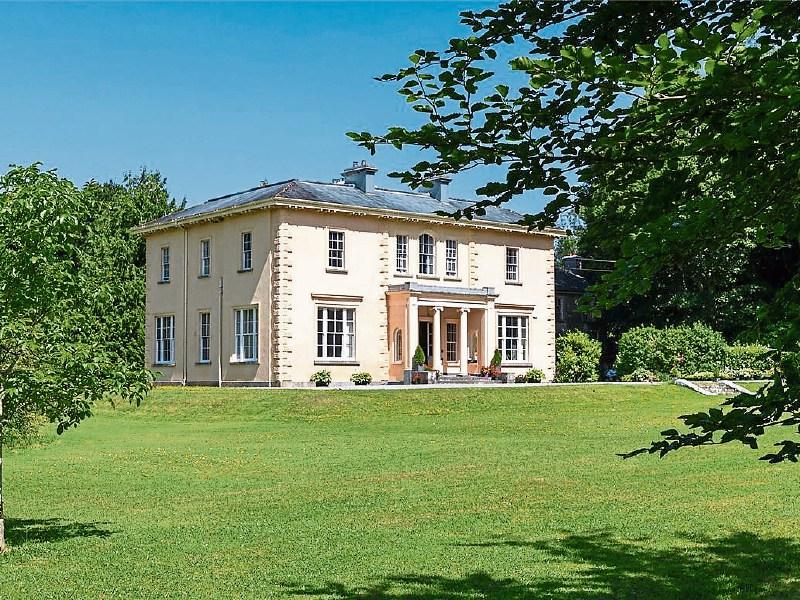 A HISTORIC country home with connections to the Siege of Limerick, the Catholic Emancipation and the Boer War is out on the open market for €1.6m.

Nantenan House, outside of Askeaton, is an early 19th century period property house set in the throes of tranquility and circled by trees and extensive parkland, spread across 208 acres.

The seven-bedroom mansion is one of the most substantial residential farms to grace the market in Limerick in recent years and has passed through six generations before arriving at its current owner.

James Butler, who is heading the sale for leading property agent Savills, described the potential procurement of the residential and agricultural estate as a “rare opportunity.”

“It offers a great amenity appeal, which will attract the interest of agri-businesses, lifestyle buyers looking to diversify and those interested in conservation,” he said.

Simon White, a chairman of the Limerick and Tipperary Woodland Owners Association, and father of four daughters, is looking to sell the historic estate, which he has looked after since 1974.

“If we don’t get the right price, I am happy to live here for the rest of my life,” said Simon, who listed the property with his wife Hillary, after learning that their daughters were not in a position to take it. An environmental research scientist, and adviser to the Irish Farmers Association (IFA), Simon is hoping that a potential buyer will continue the historic estate as an active farm and family home.

The property includes a range of farm buildings to the north. These include a redundant milking parlour and dairy, a hay shed, and cubicle accommodation for up to 60 cattle.

It also houses a slurry store, hard standing, a derelict former cottage and a substantial, two-storey former coach house with the potential to convert, if approved for planning.

Nantenan House has its very own chapel, which reaches back to the Catholic Emancipation. Lt Col John White, its builder, whose family lost their original home in Ballyneety due to supporting the Jacobites in the Siege of Limerick, received a dispensation from the Pope to build it.

Close to 1900, it was the HQ of the Sisters of the Holy Child Jesus Order in Ireland, so that a priest and two nuns in the family could come home and honour an uncle who was killed in the Boer War.

Whether you have a heart for history, an awe for agriculture or simply a care for conservation, one thing is for certain, any potential buyer must act fast, as James has heeded.

“The unique nature of Nantenan Estate has already resulted in enquiries coming from the USA, Asia, Europe, the UK and Ireland,” he said.

Who will be the next proprietor of this exceptional period property estate?