Protest to take place in Limerick over cost-of-living crisis 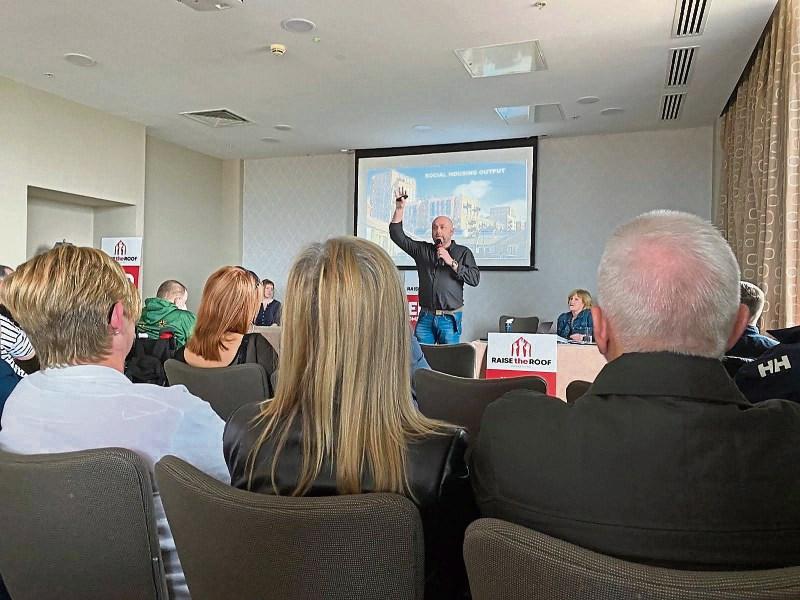 A PROTEST is to take place in Bedford Row this Saturday lunchtime over the cost of living crisis.

As part of a national day of action, people are being urged to gather in the city centre from 2pm, with the event supported by the Irish Congress of Trade Unions, the Senior Citizens Parliament, and a number of politicians.

It comes after this week there was standing room only at the Strand Hotel at a launch meeting of a new campaign for action on the housing crisis.

More than 100 people were at the event, which involved trade unions, political parties, housing charities and community groups.

They also plan to stage a demonstration at the AGM of Limerick City and Council and Mayoral election which is set to take place at the end of the month.

Local Raise the Roof organiser and former councillor Cian Prendiville said: “We need to build a mass movement for a change in housing policy in this country. For too long housing policy has been dictated by landlords and cuckoo funds, the result is rents are though the roof, and first time buyers are priced out."

The former councillor added: "We should learn from the water charges revolt that when ordinary workers and young people mobilise and organise, we can win. Now we need to build a similar housing revolt. The upcoming Limerick protest is just a first step, we have more plans for big events in September, and hopefully a major national demonstration soon as well."