In Pictures: Battle lines drawn ahead of Conclave games convention at Thomond Park 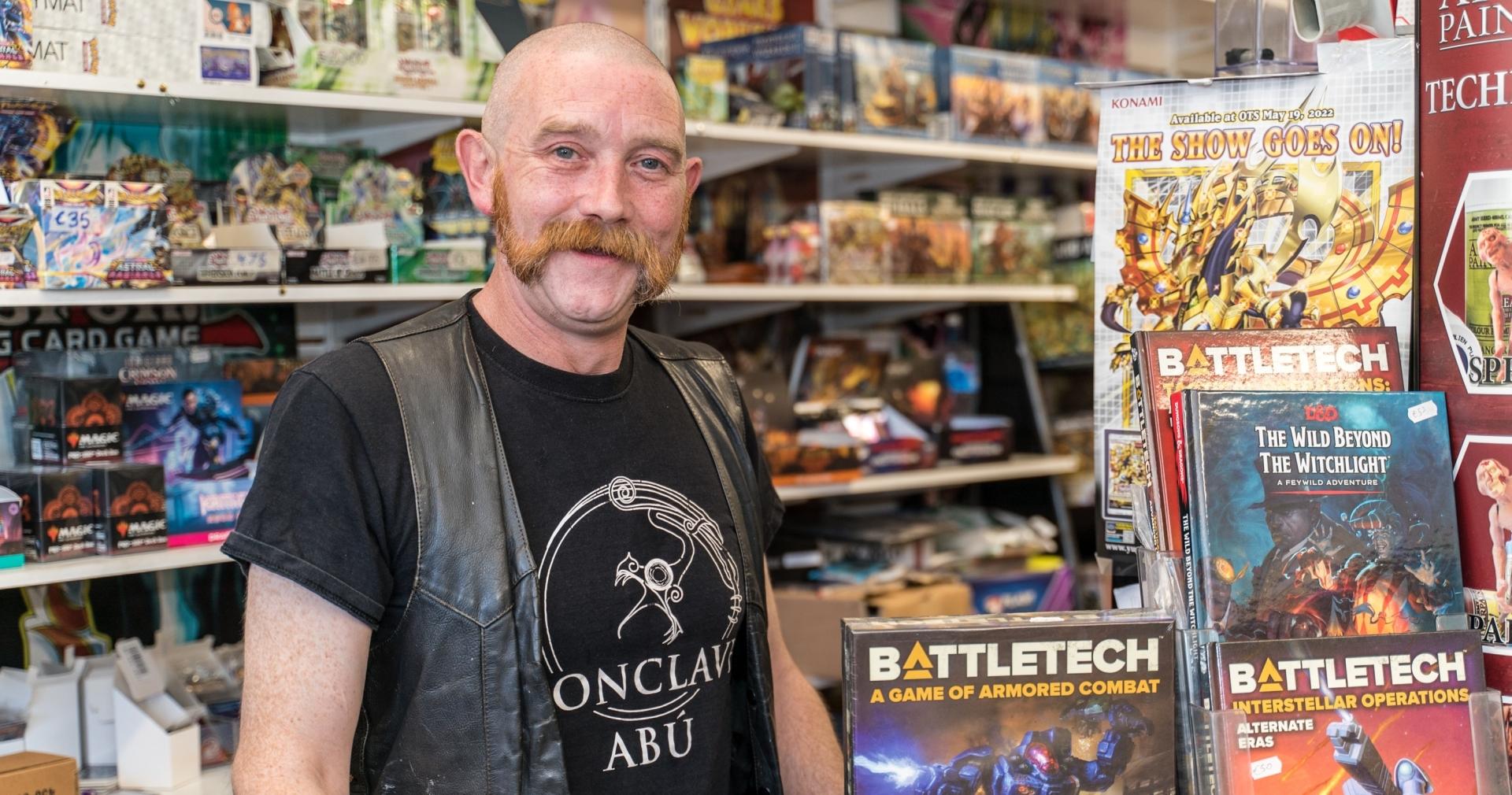 A EUROPEAN championship will be decided in Thomond Park this year, it just may not be the Championship that springs to mind when most people think of the iconic home of Munster Rugby.

The worldwide phenomenon tabletop game Battletech, which has spawned numerous computer games, a children’s cartoon and over 100 novels detailing the game’s lore will see its European Champion crowned at the famous rugby grounds at the Conclave games convention at the end of June.

The game has its spiritual Irish home in Limerick, thanks to The Gathering, the gaming and hobbyist shop on Gerald Griffin Street that’s celebrating its 25th birthday this year.

The Gathering owner Garry Jackson, who like the game, has seen his ups and downs in the two and a half decades he’s been in business, has been involved as a player and event organiser for Battletech since its beginnings as a Role-Playing Game (think Dungeons and Dragons) way back in 1984. Garry is a holder of a Bloodname, one of the game’s most prestigious titles.

Two-time world boxing champion graduates from the University of Limerick

Winners of previous events at Conclave have featured as characters in the franchises canon, as represented in the novels and game expansions.

In 2012, after a brief hiatus, the Championship was rebooted and hosted in Limerick, and won by a Limerick man, Dave Le Gear, whose name is the first on the award’s perpetual trophy.

Since then the competition has been intense and this year’s championship has already drawn registration from across Europe. Among them a returning group of German players, Spanish, and some confident Scots, one of whom won the Irish National Battletech Championships back in January.

Jackson is excited by the prospect of a buzzing convention in the aftermath of Covid, not just for the Battletech Championships, but because of the draw of all the other games once considered counter-culture that have gone “mainstream”. From card trading and battling games like Magic, Yu Gi Oh and the phenomenally popular Pokemon, to the tabletop games like War Hammer, Star Wars X-Wing and historical battle games like Bolt Action.

"Over the years nerds became cool," according to Garry. “Dungeons and Dragons (featured prominently in the Netflix smash hit Stranger Things), Marvel’s Avengers, Star Wars, these are all mainstream now. And there’s a massive appetite for people to play games based on these together in a social setting. I know a lot of people who love their computer games, but there’s a draw to tabletop gaming, to using your imagination and to meeting like-minded people and socialising.”

The experience at Conclave seems to welcome all, and is grass roots in its approach to all who turn up, family friendly, with plenty to offer, including demo and participation games.

There’s a significant history to the annual Conclave festival too. The very first was held in the Halla Ide on Thomas Street in 1998, just a year after the shop opened. It’s grown over the years to fill the space hollowed grounds of Thomond Park, home to Munster Rugby and now also to Battletech in Ireland.

Conclave runs in Thomond Park on June 25 and 26.

For more information contact The Gathering on Facebook or by calling in to Ireland’s oldest running gaming store on Gerald Griffin Street.

“It’s a place here anybody can turn up and be part of another great Limerick sub-culture. Like all great things in limerick it’s a community that has grown over the years that makes this possible, with new people adding to the experience each year, and putting Limerick on the map in the international games community,” said Garry.