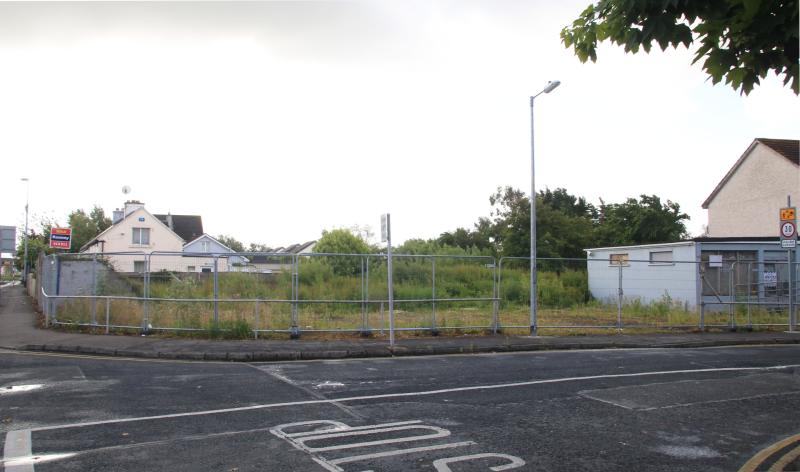 The site is located at the entrance of Woodlawn Park, Ballysimon Road | PICTURE: Adrian Butler

THE NATIONAL planning appeals body is to rule on a plan to build social housing apartments at the entrance to a housing estate in the city.

Goldstar Homes 3 received planning permission from the local authority to redevelop a site of 0.14 hectares at the corner of Woodlawn Park, Ballysimon Road.

Part of the proposals would see the knocking of a single-storey vacant unit, formerly a general store, as well as other structures on the site.

In their place would be a purpose-build housing scheme for older people and those with disabilities.

This would include 15 social housing apartments – six one-bed units and nine two-bed units as part of a three-storey complex.

The former general store has lain idle a number of years, with Tidy Towns adjudicators previously describing it as looking “in a sorry state”.

They also described it as “an old shop in disrepair”.

Council granted conditional planning permission for the development, but seven groups and individuals wrote to the local authority.

One, the Woodlawn Park Residents Association, has now formally appealed the grant of permission to An Bord Pleanala, with a decision due by September.

In their initial objection, the residents group raised concerns over the fact that just six car parking spaces were in place for 15 apartments, and expressed fears this would lead to parking at the entrance to Woodlawn Park.