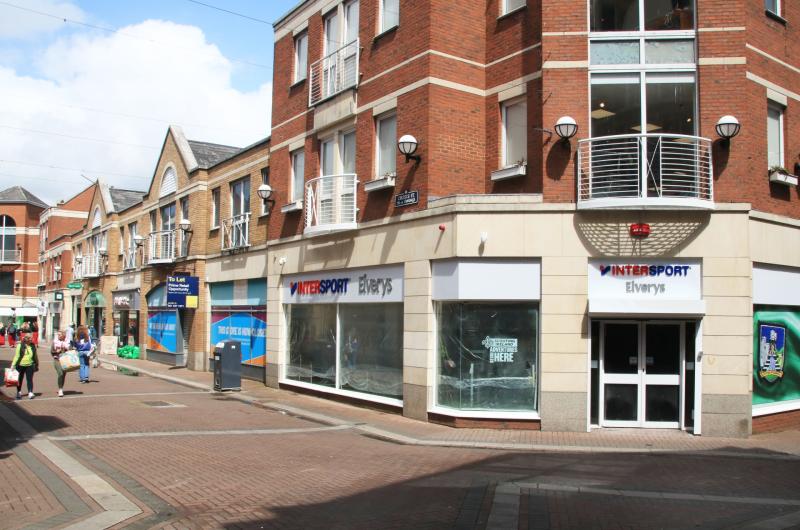 ONE OF Ireland’s leading sports retailers is gearing up to open a brand-new store on a key shopping street in Limerick city centre.

Intersport Elverys, a seller of sports clothes and equipment, will open its fourth Limerick store, which will be located on Cruises Street.

Gillian O’Regan, Operations Manager, described the central location as “ideal” and indicated that the store is set to create at least 12 new jobs in the process.

“Opening a fourth store is a testament to our fantastic customer base here in Limerick,” she said.

While an official opening date is yet to be confirmed, Limerick Live understands that the new store is due to welcome customers by this weekend or by the week starting June 20 the latest.

The newest addition of Ireland’s oldest sports chain, dating back to 1847, replaces Mothercare at Unit 17, on a street that has suffered from a series of recent closures.

Some of the most hard-hitting to Limerick city’s central shopping street were the closures of Argos in September 2020 and Hickey’s Furniture earlier this year.

The two-floored unit will house Foot Balance, an in-house specialty, including children’s foot measuring and a custom insole service.

It will also have a full range of items from both of Elverys’ sports partnerships: the IRFU and the FAI.

While not a direct partner with Limerick GAA, Gillian informed that the store is a stockist and will be chock-full of Limerick jerseys on its official opening, just in time for the All-Ireland hurling semi-final.

“We are really looking forward to opening slap bang in the middle of the city centre, next to all the coffee shops and other sports retailers on Cruises Street.

“It is a sign of Elvery’s growth and is a real show of the continued redevelopment and investment in key urban areas like Limerick city,” she concluded.