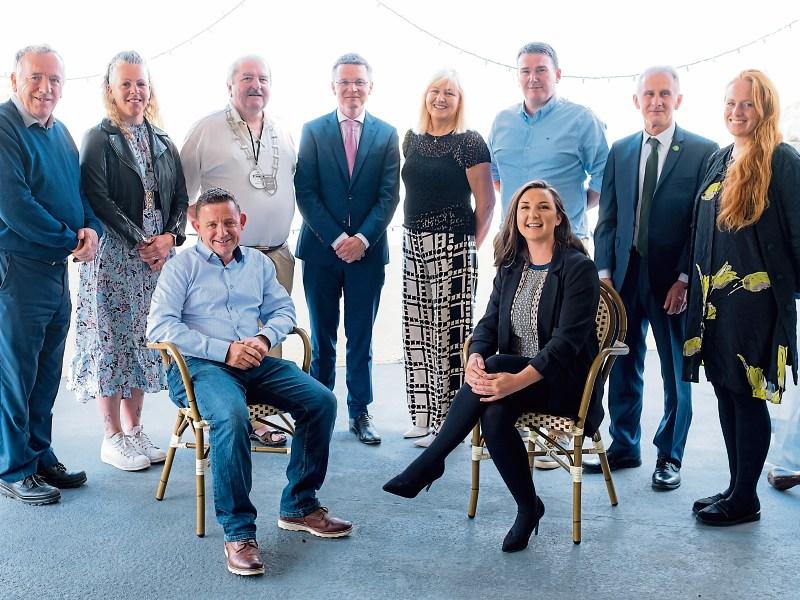 THE POPULAR waterside tourist route, the Shannon Estuary Way, which incorporates counties Limerick and Clare, is to benefit from an exciting new promotional website.

The site shannonestuaryway.ie was officially launched by Minister of State, Patrick O’Donovan on Monday at Quinn’s De Bucket Bar and Restaurant in Kildimo.

The development of the website is a result of the collaborative work between business and community representatives right around the Shannon Estuary Way.

The initial funding for the project was secured by the Labasheeda Le Chéile Group, to support the development of cycling routes in Labasheeda.

Work began in November and a number of sub-groups focused on developing content under the key promotional areas for the Shannon Estuary Way, which include heritage, wellness, cycling and water.

Declan Hallett who headed up the Shannon Estuary Way Steering Group and is also Chairperson of Abha Bhán Parish Park Committee in Loughill said: “We are particularly proud that the website reflects true collaboration, with a large number of people in both Clare and Limerick working together for the greater good of the destination.”

The Tourism Space™ supported the coordination of the project, which follows on from the Shannon Estuary Destination Development Programme which the company delivered over the previous 18 months.

Commenting on the launch, company founder Tina O’Dwyer paid tribute to the extensive work completed by the members of the Shannon Estuary Way Steering Committee and also extended thanks to LEADER, West Limerick Resources, Clare Local Development Company, Clare County Council and web developers Insignis Web for their contribution to the project.