One month to save post office in Limerick village from closure 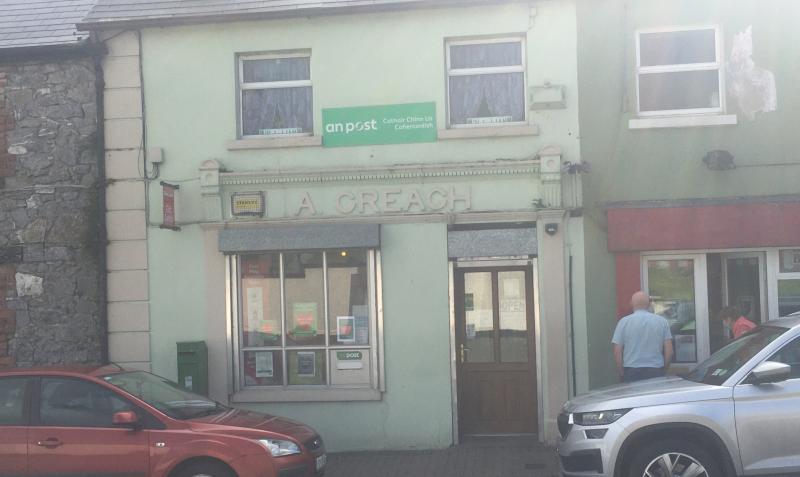 THERE has been a late reprieve for Caherconlish Post Office which was due to close next week.

The postmistress for 40 years, Kitty (affectionately known as Kitsy) Hickey has put off her well deserved retirement date of June 4 for another month. It gives An Post more time to try and find a postmaster to keep it open permanently.

Mrs Hickey has given incredible service to Caherconlish and surrounding areas because she worked for over 20 years with the previous postmistress Alice McCormack.

But she has no interest in accepting plaudits for her sixty years behind the counter.

"That’s only a small thing. You wonder where the years go," said Mrs Hickey, whose only concern is her customers.

"I would love for it to continue. I have petitions here and they are signing it goodo. My oldest customer is 95, there are a good lot in their 80s and some of them don't drive naturally. A lot of the youngsters don’t have cars.

"I have on average 300 social payments every week and that’s only social welfare. I do banking and currency, you name it we do it here. We do more here than they do in the GPO because we process cheques here," said Mrs Hickey.

An An Post spokesperson told Limerick Live that Mrs Hickey told them some time back that she wanted to retire and they have been trying to find a new contractor.

"We advertised the vacancy a number of times and canvassed local businesses but to no avail. It was due to close on June 4. We want to thank Mrs Hickey for staying on for another month. It gives us a bit more time to find a replacement contractor for Caherconlish.

If the post office on the busy village’s main street does close, customers will be transferred to Ballyneety which is 6kms away. They will also have the option of accessing services in Murroe, Cappamore or in Galvone in Limerick city

A number of politicians have been in touch with the Leader regarding this matter - Minister for State Niall Collins, Deputy Willie O’Dea and Deputy Maurice Quinlivan have all pledged their support in keeping Caherconlish Post Office open.

Limerick Live went out to Caherconlish speak to affected customers this Friday morning. Also in attendance were Deputy Kieran O’Donnell, Cllr Brigid Teefy and Cllr John Egan who all stressed the importance of the post office’s doors staying open.

Deputy O’Donnell said the Government is looking at providing additional supports to post offices. He said he will be highlighting it in his role as chairperson of the Oireachtas Transport and Communications committee.

"We want to ensure new contracts are viable and sustainable for the postmasters. We must ensure the survival of the rural post office network like here in Caherconlish,” said Mr O’Donnell, whose great grandaunt was the aforementioned former postmistress Alice McCormack.

Locals spoke of the post office’s crucial role not only with regard to social welfare payments and the services it provides but from a social and economic perspective for the village too. To says Mrs Hickey is much-loved is an understatement. See next week’s Limerick Leader for more.

Deputy O’Dea, in particular, is "confident we can save Caherconlish Post Office from closure".

"I put a call out for anybody interested in applying to run the post office to contact me and I would put them in touch with An Post. I have been overwhelmed with the response. I have had over a dozen expressions of interest. Some of these individuals have actually run post offices before and I have forwarded all of this information to An Post who will make contact with all the applicants,” said Mr O’Dea.