Just a little bit of drama: Limerick-born historian focuses on the impact of theatre 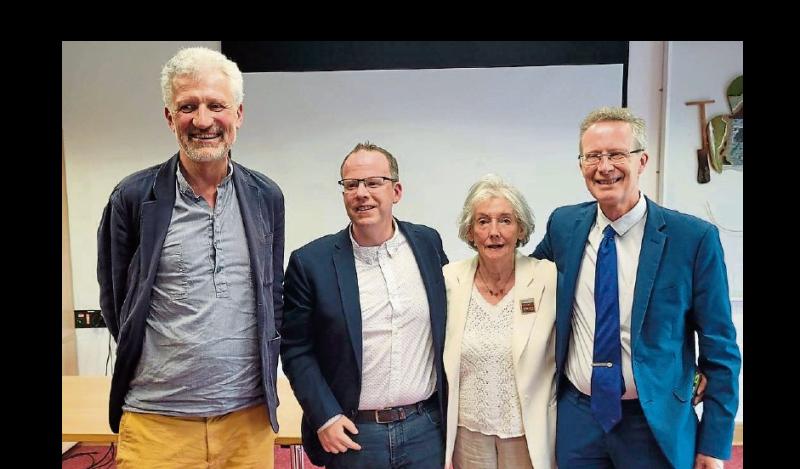 A LIMERICK academic has launched a new book examining the social and cultural history of modernising Ireland through the archives of Irish theatre.

The Bulgaden native currently lives in Moycullen, Co. Galway and teaches in disciplines of History, Children's Studies, and Digital Culture at the university.

Dr. Houlihan graduated from the University of Limerick in 2007 with a Bachelor’s degree in English and History before completing a Masters degree in Archive Management at University College Dublin.

The renowned archivist's new book explores the work of a number of artists, theatre-makers, activists and others who contributed to an extraordinary period of Ireland’s cultural history.

Dr Houlihan, drew on a number of newly available and digitised archives from NUI Galway, other Irish archives, institutions and from collections held internationally in the writing of the book.

Beginning in 1951, the book traces important and neglected histories of Irish theatre and culture, namely those events which sought to reflect the changing society of Ireland through to the end of the 1970s.

The book examines the growth of theatre and culture outside of the capital including regional cities such as Limerick.

One of the stories is that of theatre producer and director Phyllis Ryan who led the charge in the 1970s to set up a new and second national theatre.

Ms Ryan secured over €15,000 in funds from various sources in Limerick to develop the project however despite the support and funding behind the venture, Limerick’s proposed national theatre never materialised.