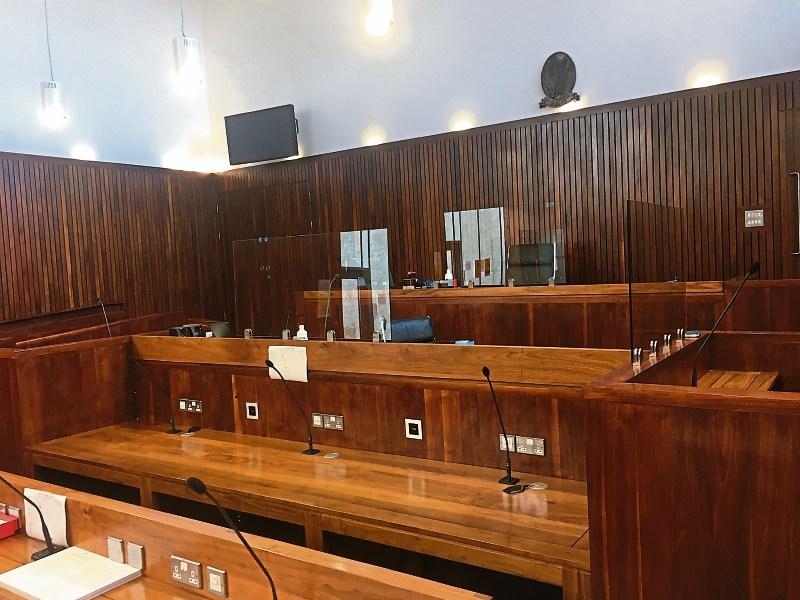 A BUSINESSMAN whose SUV struck a fence and ended up on its roof was convicted of drink-driving following a contested hearing at Kilmallock Court.

William Barrett, aged 37, of Thomastown, Effin was prosecuted in relation to a collision which occurred on April 14, 2019.

Giving evidence, Garda Noelle Fitzgerald said she was alerted to the incident at Jamestown, Effin after a local woman contacted the emergency services.

She told Judge Colm Roberts the incident happened shortly before 8pm and that when she arrived the English-registered vehicle was “on its roof and partially blocking the road”.

She said the defendant appeared dazed and that she noticed a strong smell of alcohol on his breath.

Mr Barrett failed a roadside breath test and later provided a blood sample to a doctor at Bruff garda station which confirmed he was more than four times the legal limit.

Being cross-examined by solicitor Adrian Frawley, Garda Fitzgerald agreed she did not see who was driving the SUV when the collision occurred.

When asked, the garda said the result of the roadside breath test was “only part” of the reason why she arrested Mr Barrett.

“If he had passed the test, I would have still arrested him,” she told Mr Frawley.

Garda Fitzgerald agreed that she did not personally post the blood sample, supplied by Mr Barrett, to the Medical Bureau of Road Safety.

Outlining the procedure for dealing with blood or urine samples provided by prisoners, she said: “I hand it over to a member of staff in the office (at Bruff garda station) and she posts it without delay.”

She added that the defendant was the only prisoner at Bruff garda station on the night and that the clerical officer gave her a receipt after the package was sent by registered post the following day.

Mr Frawley questioned the chain of custody and he submitted to that it “could have been any sample” in the box.

However, Judge Colm Roberts rejected the submission stating it was a “well-established procedure” which has been adopted across the country including in busy Dublin garda stations.

“The chances of human error in the case are slim,” he commented.

In her evidence, the woman who called gardai described how she was in the front porch of her home when she heard a loud noise.

She described how the jeep “tore into” her boundary fence and ended up on its roof.

The woman said when she approached the vehicle, she noted the registration number and observed the defendant climbing out the driver window.

“I was straight on the scene,” she said adding that she knows Mr Barrett who, she testified, was the sole occupant of the SUV.

“I know him, he lives in the same parish, he has been around for a long time,” she told Judge Roberts adding that the defendant had paid to have the fence repaired.

Seeking to have the lesser charges dismissed, Mr Frawley said there was no evidence before the court that his client was the registered owner of the vehicle.

In relation to the drink-driving charge, he submitted Garda Fitzgerald had not explained the roadside procedure “in layman’s language” to his client and that there was no evidence he was the driver of the SUV when it hit the fence.

Judge Roberts agreed with the first submission and, accordingly, he dismissed the charges brought under Section 107 of the Road Traffic Act.

However, he said he was satisfied Mr Barrett “knew exactly why he was arrested” and that there was sufficient evidence to suggest he was the driver.

He imposed a €500 fine and disqualified him from driving for three years.

An appeal has been lodged.