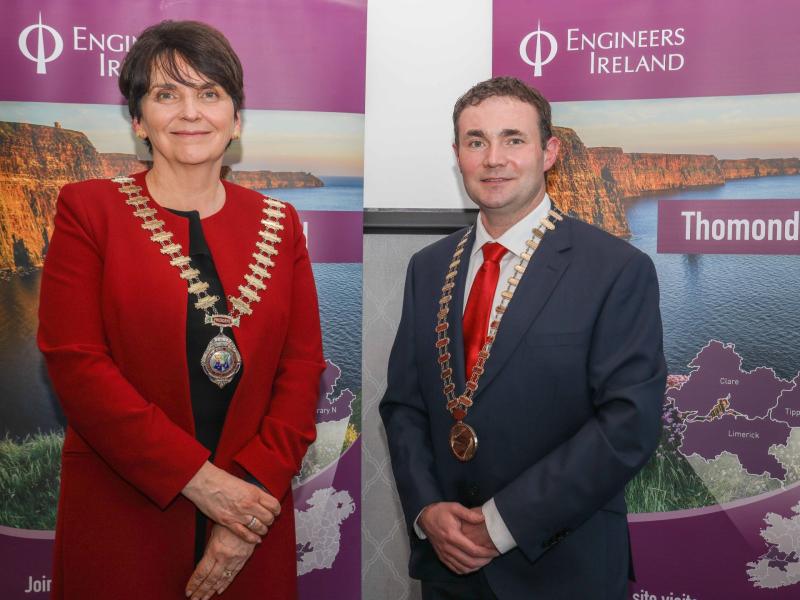 LEADING engineers from the Thomond region were honoured at a National Conferring and Volunteer Recognition event in the Strand Hotel.

At the celebratory event, local engineers Trevor Conroy, Patrick Keating, Shammai Loss and Paul Ryan were each conferred with the Registered Professional Title of Chartered Engineer, an accolade associated with the very best of the engineering profession. Brian Gallagher and John O’Connor were also conferred with the title of Fellow, the highest level of membership awarded by Engineers Ireland.

Engineers Ireland’s President, Professor Orla Feely also delivered her Presidential Address on Saints, Scholars and Engineers: How Engineering Transformed a Nation and volunteer members in the Thomond region were also recognised for their contributions. 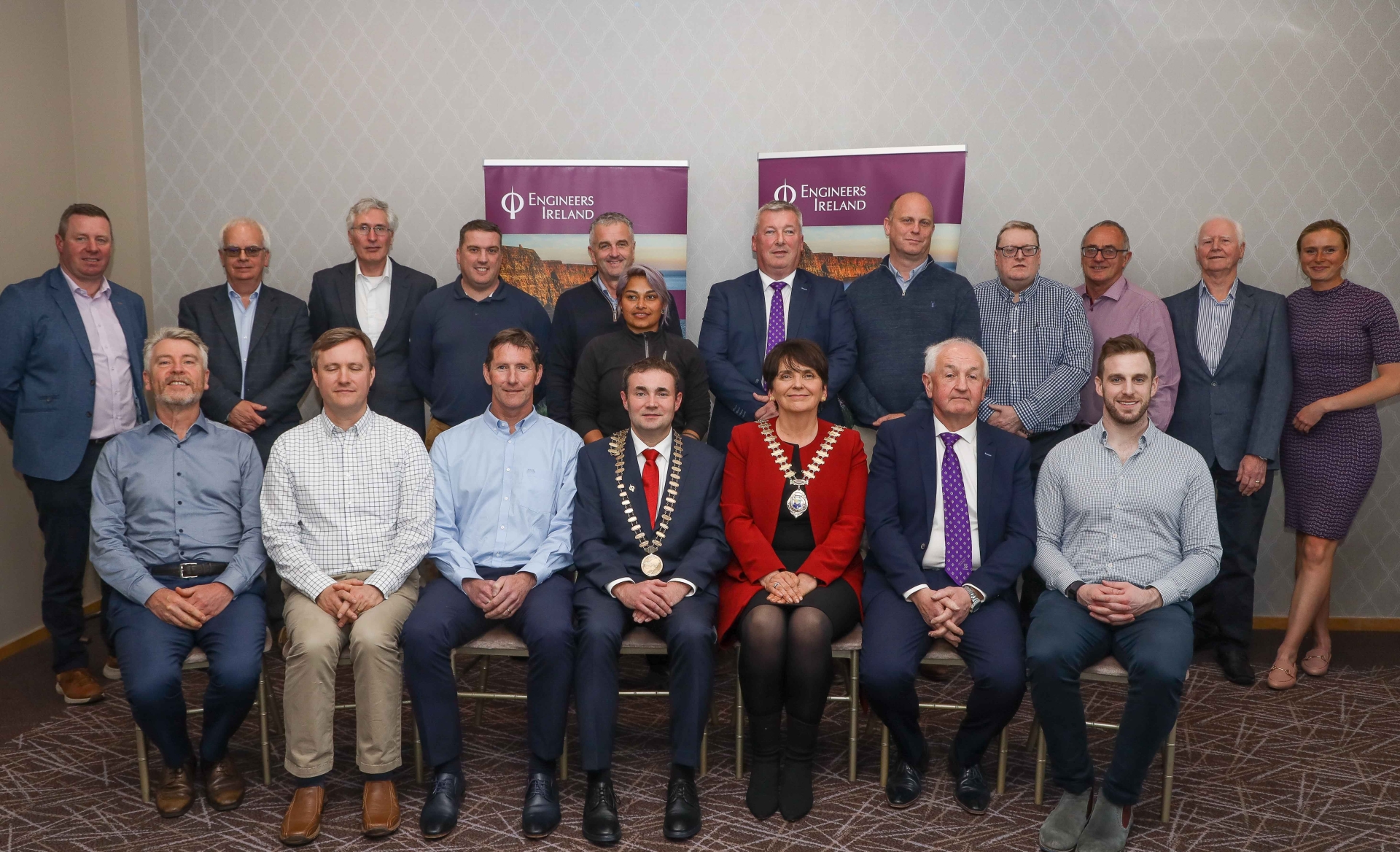 Applauding the Thomond region committee and the professional interviewers gathered, Professor Feely commented: "Engineers Ireland would be nothing without its volunteer members – the lifeblood of the organisation whose willingness to share their knowledge, time and talent with fellow members is nothing short of extraordinary."

Incoming Chair of the Thomond Region, Mike Griffin, who was inaugurated at the region’s AGM prior to the celebratory event, said: "The Thomond region is a hub for members based in Clare, Limerick and North Tipperary, representing all sectors of the industry, providing local CPD and networking events for engineers. I am incredibly proud to succeed John Coleman in the role of Chair and I would like to thank him profusely for this work and commitment to our region.

"Alongside the Thomond region’s 26 strong committee, and newly elected vice chair David Purcell,  I look forward to continuing John’s work and supporting and celebrating our 1,500 regional members and creating deeper connections with industry in my role as chair.”

Highlighting the Thomond region’s previous success in collaborating with industry in the region, Mr Griffin said that he sees plenty of opportunity to continue to engage with companies in the Thomond Region, both large and small, and build on developing these relationships with Engineers Ireland.

He cited successful examples of recent CPD events with Edwards Lifesciences and Siemens Energy and vowed to continue to engage with local technology companies to showcase the world-class engineering that they carry out.

"As a planet, as a country and as a region, we face difficult and ever-changing problems. I strongly believe that our young people will play a critical role in solving these problems.

"Therefore, there is an acute need to educate and inspire the next generation of problem-solvers.  We face the challenge of attracting young people, particularly women into the engineering profession" said Mr Griffin, adding that he was delighted that Engineers Ireland would again be a partner of the Explore Engineering event, aimed at 2nd level students, parents and guidance counsellors to encourage them to pursue a career in engineering as they choose 3rd Level courses.

For more information on the Thomond region committee and to learn more about forthcoming CPD and networking opportunities and events, see engineersireland.ie/Thomond.