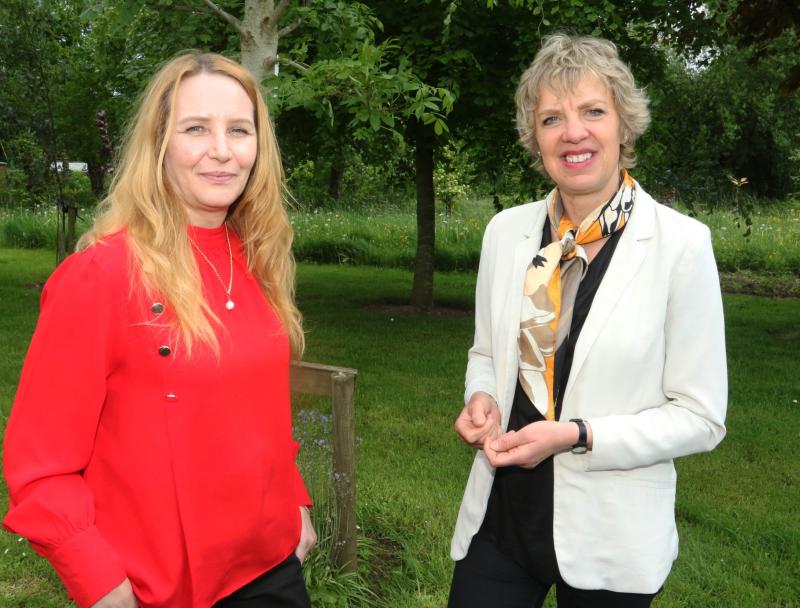 Locals from a number of estates in Castletroy have been raising their concerns regarding noise from the nearby M7 motorway for "many years".

Limerick councillor Elena Secas has also brought the issue to the attention of Limerick City and County Council as well as Transport Infrastructure Ireland.

Residents met with Ms Secas and Ms Bacick to discuss the issue with one man saying he could not hold a conversation in his garden because of the noise.

Ms Secas says that residents from estates that border the motorway including Monaleen Park, Kylemore and Evanswood, say the noise is getting worse.

"The council developed a noise action plan and prepared a cost benefit report which they then submitted to TII.

"TII have said they are committed to the pilot project and implementing mitigation measures so they are working with the council on that.

"The project is subject to funding so we want to make sure that the funds are available, they are finalising measures at the moment which should be completed by the end of June."

If the funding is available, work on the mitigation measures could begin at the end of the year.

Some of the measures include noise barriers and road resurfacing, similar to the work carried out in Dublin near the Red Cow, which Ms Secas says has been "really helpful" to the area.