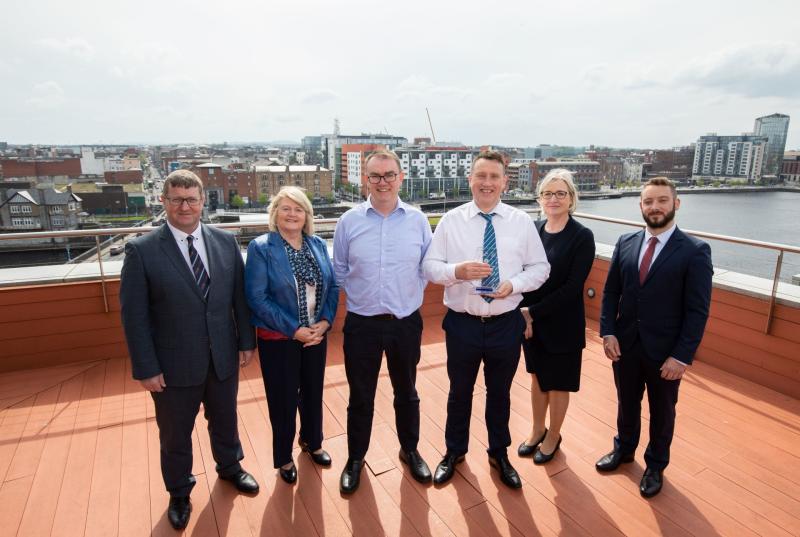 A GREEN ENERGY company based in Kilteely will represent Limerick at the national enterprise finals next month.

Kilteely Dromkeen Innovation, or KDI, exists to process and export recyclables, and was one of four presented with awards at the Limerick final of the National Enterprise Awards at a ceremony in the Strand Hotel organised by the Local Enterprise Office.

Solar Clean Robotics won the innovation award, while Ballyhahill entrepreneur Lisa Daly was named as one to watch.

A special lifetime achievement award was made to Bernie Carroll, Student Programmes Ireland (SPIL) who has provided additional income for over 2,500 host families in Ireland over the last 13 years.

Head of enterprise at Limerick's Local Enterprise Office Mike Cantwell said: “The awards presented here today, gives recognition to the individuals and businesses who show the innovation and entrepreneurship that creates valuable jobs in Limerick. These entrepreneurs are vital to the continued economic growth and jobs creation in Limerick.”

The competition is organised by Ireland's network of Local Enterprise Offices (LEO) to give recognition to the contribution of micro enterprises to the national economy.