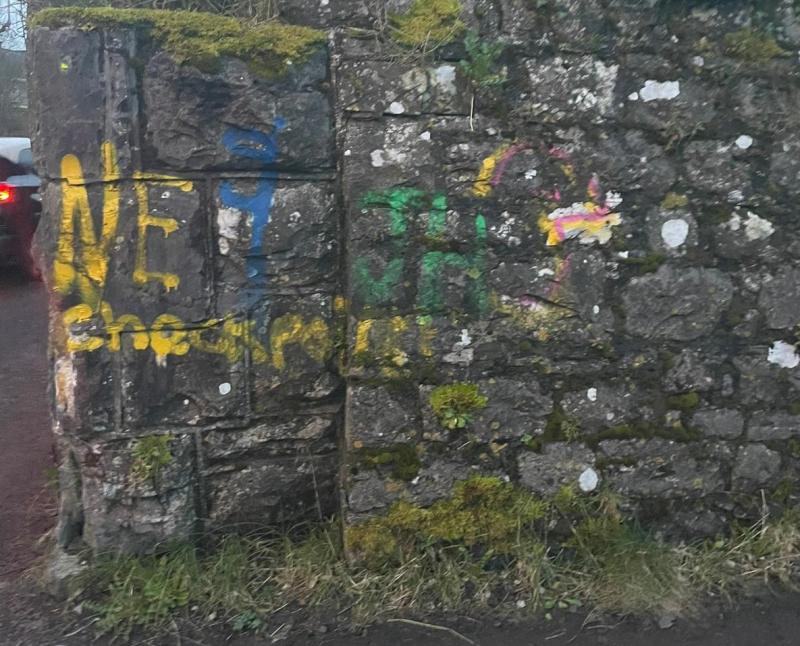 Graffiti on the Irish Rail owned bridge over the Park Canal

IRISH Rail has pledged to carry out a clean-up of a graffiti-hit bridge that is in its ownership in Limerick.

Labour councillor Conor Sheehan sought an update at this month's metropolitan meeting on the removal of the vandalism from the railway bridge over the Park Canal, which links Lower Park and Rhebogue.

He was told that while the council has a tender in place to appoint contractors to clean graffiti-ridden sites, the bridge cannot be included, as it's in the ownership of the semi-state rail provider.

Hi @IrishRail could you please remove this graffiti from bridge UBE06 in Limerick?

I have emailed several times since March and haven’t even received an acknowledgement… pic.twitter.com/Xzj2tp1pge

The Limerick Leader contacted Irish Rail, with a spokesperson confirming an inspection of the bridge will take place this week to assess what needs to be done to eradicate the graffiti.

University of Limerick re-affirms its commitment to city centre

Following this, a contractor will be put in place to undertake the works.

Councillor Sheehan admits he is "incredibly frustrated" at constantly raising the matter both with the rail provider and the local authority.

"This is not graffiti art. It's graffiti vandalism and it needs to be removed. It really takes away from the local area," he said. I It's a simple issue, cleaning it, and I shouldn't have to constantly be raising this. It's a simple ask, quite far from rocket science, and that's what frustrates me about it."