One final lap for the Limerick grand prix 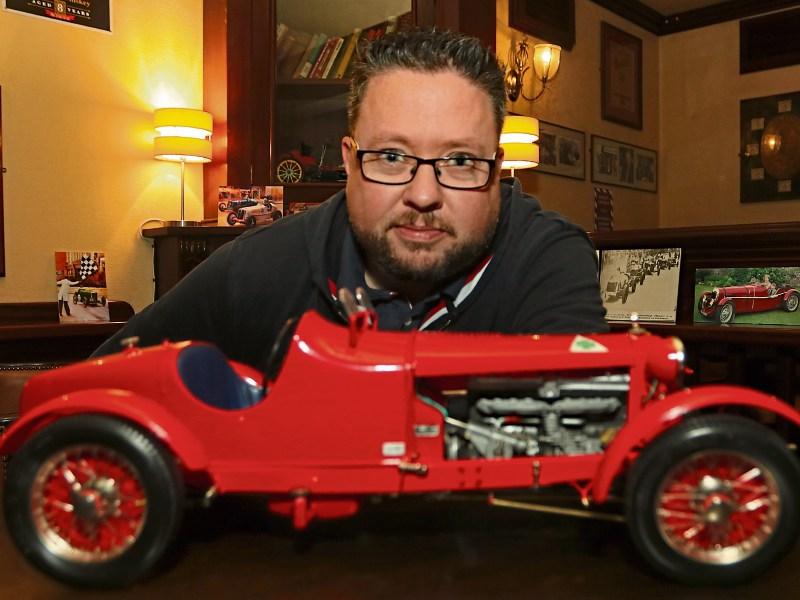 NESTLED in the corner of one of Limerick's oldest pubs is a small area where the walls are adorned with photos depicting one of the biggest events to ever take place in Limerick, but one of the least well known.

Fennessy's Bar is often the meeting place for the Limerick Classic and Vintage Car Club, where members gather to share stories and reminisce.

However, Limerick's connections with motor racing spread much further than gatherings in the corner of the pub on New Street.

Formula One fans will be well aware of the ‘esses’ of ‘Maggotts’ and ‘B’ecketts’ at Silverstone and the famous hairpins of Monaco, but what you may not know is that William Street in Limerick was once the site of the Pit Lane in our very own Grand Prix.

Back in the 1930s, the city was the setting of three Grand Prix races which saw high speed cars from across the world roar into Limerick.

The Limerick Grand Prix was held here in 1935, 1936 and 1938 with some of the biggest names in motorsport at the time taking part.

It is this historic event that is commemorated at Fennessy's and where the members of the LCVCC met last month to remember the races.

Darragh Collins, Owner of Fennessy's Pub, said the commemorative corner of his bar has become a popular meeting spot for fans of the sport.

“They will often come here after a vintage car meet and we are hoping to hold more events here in the future too.

“The races are a huge part of Limerick history and we have commemorated that here with photos from the time and an original map of the circuit.

“F1 has become a lot more popular in recent years so people are more tuned in to motor racing which is great for the sport.”

In 2011, the Limerick Classic and Vintage Car Club hosted an event to mark the 75th anniversary of the 1936 Grand Prix with some of the finest cars and drivers taking to the city streets in front of 50,000 spectators.

Martin Bourke is a member of the club who was instrumental in organising the event and who is still involved today.

“We meet once a month and attend various car runs and shows, we organise numerous events too like the vintage car show at the Limerick Racecourse.

“A few years ago Darragh got in touch with the club and said he wanted to dedicate a corner of his bar to the Grand Prix, he has been a keen fan of the races for years.

“It was an important event for motor racing in Ireland that doesn’t get the recognition it deserves, a lot of people would not be aware that it happened.”

The club now has over 50 members and with a renewed interest in motorsport thanks to the likes of Netflix's Drive to Survive, the sport's following is continuing to grow.

Martin continued: “Most of our cars date from the 1920s to the 1990s so there isn't a whole lot of crossover with F1 racing but a lot of our members have an interest in anything motorsport related.

“The sport has gotten more exciting and there is definitely more interest across all levels of motor racing.”