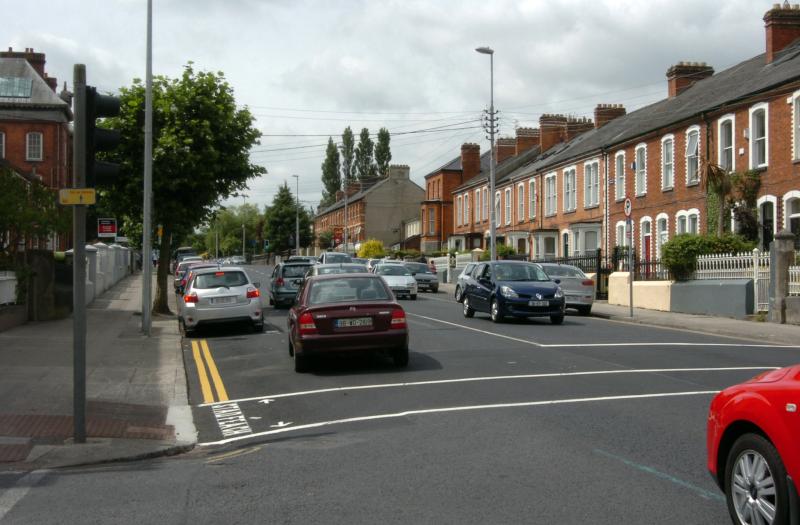 A FASCINATING free tour of the history of one of Limerick's most well-known streets takes place on Sunday afternoon.

Mary Immaculate College lecturer Dr Paul O'Brien will host a history of the people who have lived in O'Connell Avenue from 1:45pm, with people asked to meet up outside the Model School on the thoroughfare.

Through the tour - which has taken three months to put together - Dr O'Brien aims to "introduce the current residents to the former residents".

"It's discussing the architecture on the street and more importantly, it's former residents," he said, "Among those former residents, you'd have mayors, tennis players, architects, republicans, MPs, rugby players. Everything and anything to do with  all professions," Dr O'Brien explained.

A number of incidents will be recalled - including one which is certainly recognisable today!

"One woman got a fine for parking her car in the road and enjoying a very long luncheon. She hadn't a clue what the parking ticket was for! This was in the very early 1920s remember," Dr O'Brien said.

"A lot of the adverts from the 1920s and 30s describe the homes in fine detail. A lot of the houses would have mauve bedrooms, servant's quarters. Things which are long gone, things which we wouldn't recognise now."

One of the residents of O'Connell Avenue, a Michael Joyce, had a very interesting life-story.

Taking up the tale, the Mary Immaculate College academic said: "He was twice-mayor of Limerick and a member of parliament for the city. While travelling to London on board the RMS Leinster in 1918, he survived his fifth maritime disaster when the ship was torpedoed by the Germans. He was a founder member of Garryowen Rugby Club."

Back at the turn of the 20th century a home in Ascot Terrace could be rented for the princely sum of just 1p a year!

All are welcome on the tour, which kicks off outside the Model School at 3pm on Sunday.

Permanent speeding camera on M7 near Limerick to be launched

Those taking part will walk up to the Mount Convent, before crossing the road and walking back down the other side of the street.

Dr O'Brien put together his history of O'Connell Avenue by using archival material from the Limerick Leader.

It's something he says "shows the importance of local newspapers."