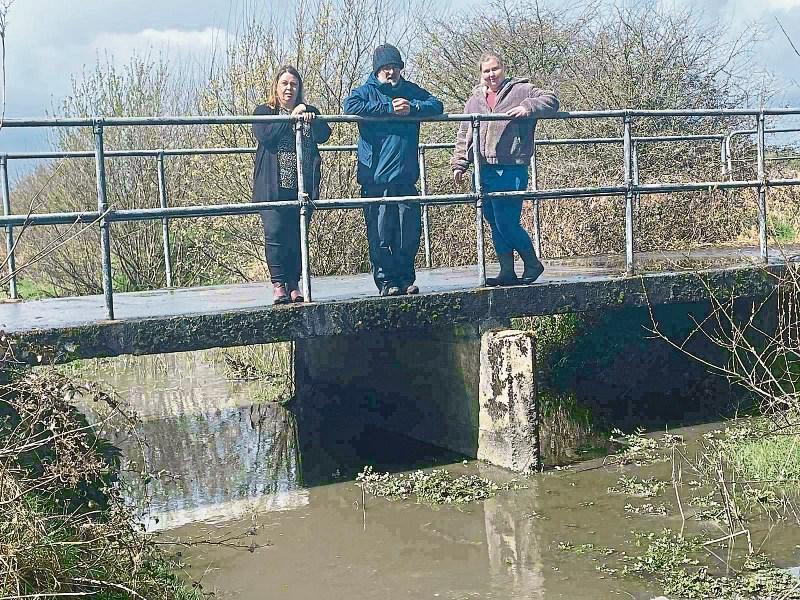 COUNCILLORS are to push the local authority to not grant any more planning permissions at a major business park in Limerick city until an industrial waste-water plant is built.

Ahead of next week's monthly meeting of the Metropolitan District, Sinn Fein and Green Party councillors have teamed up on a motion urging the council to act on the concerns of local farmers and landowners.

They have complained about alleged “contamination” of their land as a result of waste-water emanating from the Raheen business park.

Since the motion was submitted, the local authority has arranged a private briefing for councillors.

The 'Virtual Briefing for the Members of the Metropolitan District of Limerick on Loughmore Canal/Raheen Business Park' is due to take place this Thursday morning.

Meanwhile, councillors Sharon Benson and Sean Hartigan have requested local authority bosses to serve notice to IDA Ireland, which owns Raheen Industrial Estate, using powers under section 12 of the Local Government Water Pollution Acts 1977 and 1990 to have the group identify measures to be taken to control the alleged discharge of pollutants from the site into neighbouring lands.

The council will also be asked to request a list from the IDA of all waste products discharged from factories in the estate.

Limerick City and County Council has in the past confirmed to the Leader that it’s investigating an alleged case of pollution at the Loughmore Canal / Barnakyle River area.

An IDA Ireland spokesperson said the body “is aware of the situation and is actively engaged in an ongoing process with stakeholders at present.”

Previously, the former Limerick senior hurling manager Tom Ryan has raised concerns about the alleged pollution and the impact on his land.

Now he’s been joined by his neighbour Sarah Mulcahy, who says she also has 20 acres of land which is unusable as a result.

The Loughmore Canal runs directly through her land.

“For a period of the last two weeks, there has been no rain, but there have been massive discharges down [onto my land]. If we put animals onto this field, we don’t know what they might be ingesting. From a farming point of view, it’s a major no-no,” Ms Mulcahy said.

She added she’s raised the matter on a daily basis with the local authority.

“It’s our livelihoods at risk, and I don’t exactly have a spare 20 acres to use for grazing instead. We have to close off this land, and it’s not good enough. The Loughmore Common is known as a heritage area. But nothing has been done about this, and it feels like no care is given,” Ms Mulcahy told the Limerick Leader.