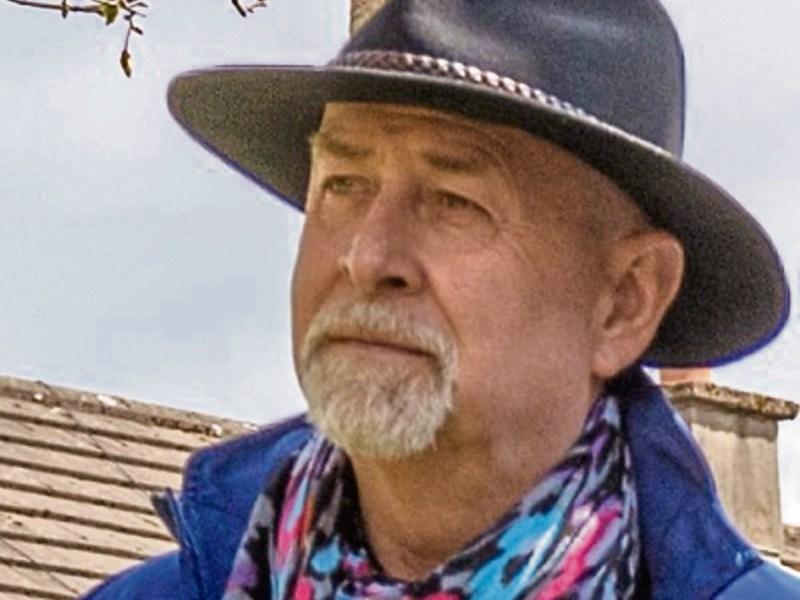 LIMERICK author Kieran Beville is to be appointed ‘Poet Laureate’ for Limerick at a civic ceremony in the Mayor’s Office on Thursday March 10.

The ceremony will be part of the Limerick Writers’ Centre schedule of events for April, Poetry Month.

Commenting ahead of next week's ceremony, the Limerick Writer’s Centre explained that “Kieran will be honoured with the title ‘Ollamh/Poet Laureate’.

Ollamh was also applied to a Druidic rank; meaning much the same as ‘professor,’ or person of great learning. Typically the Olllamh was endowed with a distinction equal to that of a king and could therefore wear six colours. Asked if he intends to wear six colours at the conferring ceremony Beville laughed and said, ‘I’ll take advice from my fashion consultant’!”

Beville, a native of Thomondgate, now living in Pennywell, is well known to the Limerick Leader readership for his series of SPOTLIGHT articles which focused on local arts and entertainment.

In that series, which was published last year, he profiled and showcased the best of Limerick’s writers, artists and musicians. Previously in the Limerick Leader he had a series on creative writing and a series on national and local writers as well as several single articles, which were also well received.

Kieran is a former teacher of English and History. He was also a tutor in the Irish History Department of UCC in the 1980s and lecturer in Masterclasses (M.Div. & M.Th.) at the Intercultural Studies Department of Tyndale Theological seminary, Amsterdam, where he taught Hermeneutics and Postmodernism, 2011-2016.

In addition he has lectured on leadership training programmes in Eastern Europe (Serbia, Hungary, Romania, Moldova, Macedonia), Jordan and India. He has been a conference speaker on Postmodernism in Ireland, the UK and India.

He has published fifteen non-fiction books. Furthermore, he has had a substantial number of articles published in various newspapers, journals and magazines as well as poetry in Cyphers, Crossways, A New Ulster, Ogham Stone, The Stony Thursday Book, The Sunday Tribune, The Galway Review, Live Encounters, Pandemic and The Phare Anthology, 2021.

His collection of poetry, Fool’s Gold, was published by Revival Press (2019), with an introduction by poet John Liddy, cover design by artist John Shinnors and illustrations by artist Kate Hennessy.

His second volume of poetry, Soul Songs, was published by Revival Press (2020) with cover design by Syra Larkin and illustrations by Kathy Tiernan. Voices from the Void is his third collection of poetry with cover by John Shinnors. His book, Pulling Back the Clouds (a local bestseller) is a short biography of Mike Kelly, collector of the die-cast model aircraft display at Shannon Airport (LWC, 2020).

Kieran will deliver a lunchtime lecture (1pm-1.45pm) at the City Library on April 1. The title of the Lecture is, “I celebrate myself, and sing myself…” (from Song of Myself by Walt Whitman). This will be an examination of the origins, development and influences of ‘Confessional’ poetry and its contemporary importance.

“I admire the courage of such poets in writing about intense psychological experiences, often culled from childhood or battles with mental illness or personal trauma,” Beville says, adding, “I am indebted to them for removing the mask of objectivity and for the transformational power of their willingness to be vulnerable.”

‘A Place Apart’, Kieran’s fourth collection of poems, will be published by Revival Press, with an Introduction by John Liddy. The work will be launched by poet Anton Floyd (on behalf of the publisher) on April 3 in the Limerick City Gallery of Art at 2.30pm.