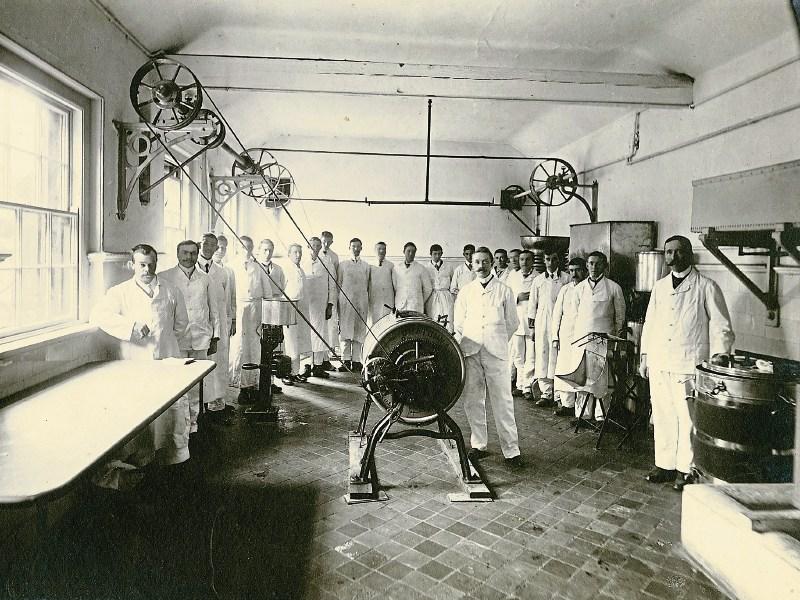 The churning room at the Albert National Training Institution in Dublin. The college trained primary school teachers for the teaching of agriculture

In modern Irish history, Limerick farmers were among the most progressive, writes Dr Mícheál Ó Fathartaigh who has penned a new book on agriculture in Ireland.

RURAL Ireland and its agricultural way of life are emblematic of this country.

For most of modern history, however, rural Ireland and Irish agriculture were comparatively underdeveloped. This changed dramatically in the twentieth century, during which they were transformed.

In 1900, they were synonymous with poverty - by 2000 they had become synonymous with progress. Many people and organisations contributed to this, but chief among these were the Irish Agricultural Advisory Services.

First established in the early 1900s, they are today operated as a public service by Teagasc, Ireland’s Agriculture and Food Development Authority. With their establishment, agricultural instructors, trained to the highest international standards, were dispatched to every community in rural Ireland.

Their brief was to work with farmers, helping them to improve their farm enterprises and, in so doing, to develop rural Ireland. This gradually bore fruit, as each succeeding generation of agricultural advisors and farmers co-operated to adopt the most modern agricultural approaches.

In modern Irish history, Limerick and its farmers were among the most progressive in the development of rural Ireland.

This is exemplified by the fact that Limerick was home to the first creameries in Ireland, including the first co-operative creamery, which opened at Dromcollogher in 1899; has provided the headquarters for the Irish Creamery Milk Suppliers’ Association since 1950; and is today Ireland’s third biggest dairy-producing county.

It is not surprising, therefore, that Limerick and its farmers were to the forefront in their engagement with the agricultural advisory services from when these were established in the early 1900s. 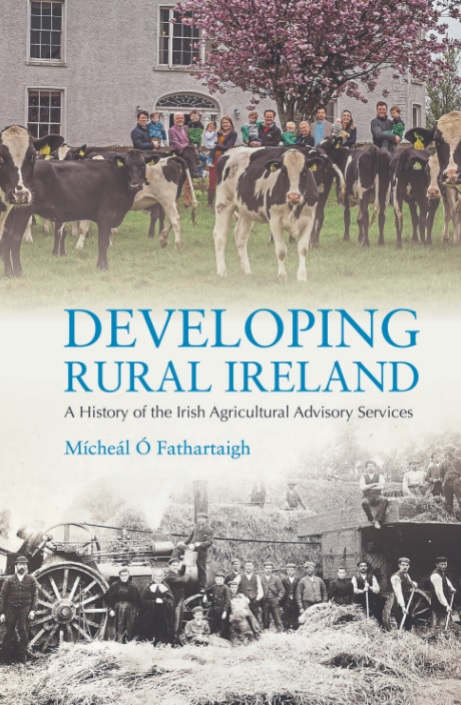 Horace Plunkett, founder of the co-operative movement, was the driving force behind establishing the agricultural advisory services.

In the late 1800s, he recognised that if rural Ireland was to turn the corner on the Great Famine, and then to realise its full agricultural potential, Irish farmers needed institutional help. To this end, he campaigned successfully for the creation of an autonomous Irish department of agriculture (even though Ireland remained part of the UK), which from 1900 began, in conjunction with Ireland’s new county councils, inaugurated in 1898, to employ teams of agricultural advisors in every Irish county.

From the outset, the advisory services did not just work with farmers to meet the daily challenge of rural development but also to face specific challenges when they arose.

The first came from 1914, with the First World War, during which the British government imposed compulsory tillage orders on Irish farmers. The Limerick advisory service, unique in Ireland, had already appointed two specialist tillage instructors to help Limerick farmers make what was a tricky transition to tillage. Soon after, during the War of Independence (1919–21), the Limerick advisory service was tasked with reporting attacks on creameries in the county by the Crown forces.

Fast-forwarding to the 1980s, and to another period of adversity for Limerick farmers with the introduction of the milk quotas in 1984, the Limerick advisory service proved itself agile once again in their interests. Taking seriously rumours of the quotas in 1980, it exhorted farmers to increase their milk production as rapidly as possible in advance of a curtailment.

Partnership between Limerick farmers, farmer representative organisations, co-operative societies and the advisory service have been key to the remarkable development of rural Limerick since 1900.

The full extent of this story is detailed in my recent book, Developing Rural Ireland: A History of the Irish Agricultural Advisory Services.