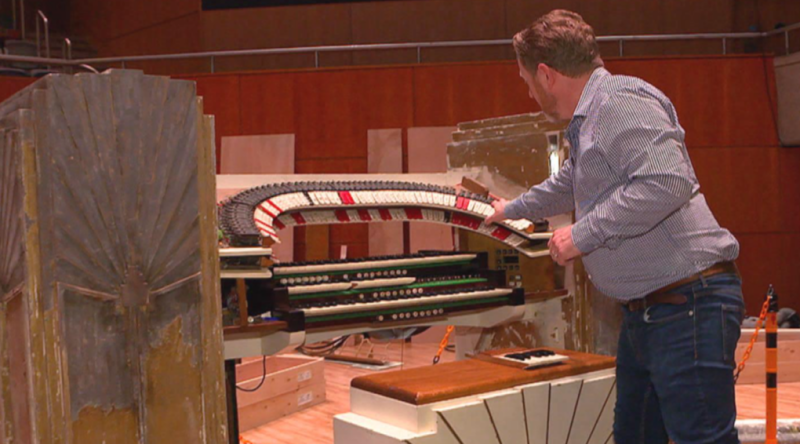 A HISTORIC theatre organ that has been restored to its former glory will feature on RTE Nationwide tonight.

The Compton Cinema Pipe Organ has been in situ at the University Concert Hall since the venue opened in 1993.

However it had not been played since 1999 until last year when its sweet music filled the hall once more.

The RTÉ programme this evening will explore the restoration of the only surviving Compton Organ in Ireland.

In the 2nd half of the concert one of Charlie Chaplin’s funniest films, The Pawnshop, was screened with organ accompaniment by Richard.

Nationwide will air on RTÉ One at 7pm.