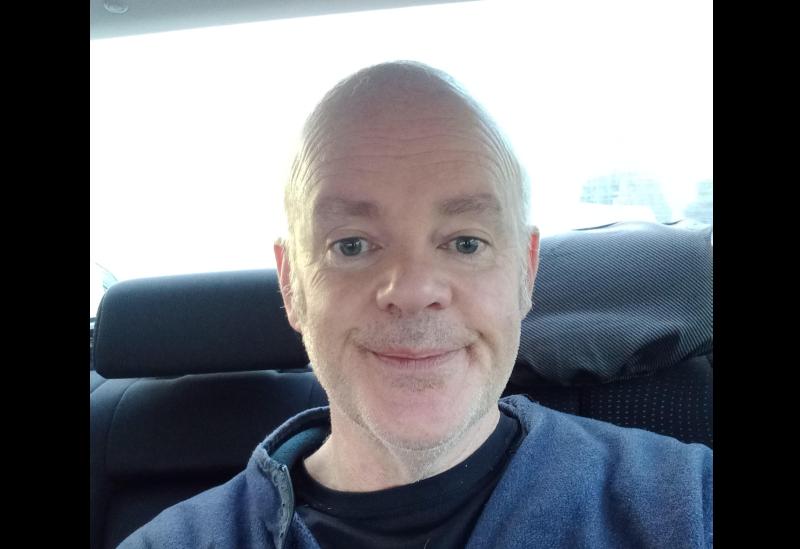 Mike Shyne, a local driving instructor, will feature on RTÉ One show, The Style Counsellors on January 11.

A LIMERICK man who “hasn’t taken much heed of fashion” since the pandemic began will receive a serious wardrobe shakeup on a hit RTÉ show.

Hair, makeup and fresh new outfits were an experience out of the ordinary for Mike Shyne, who told the Limerick Leader that he contacted the show from a desire to get out of his comfort zone.

“Since Covid started, life has been a bit of a Groundhog Day,” the Limerick city driving instructor admitted.

The Style Counsellors, featuring Irish style and beauty star Suzanne Jackson as host, returned to RTÉ One for a third season, with the first episode airing on January 4, 2022.

The Castleconnell native will feature in episode three on January 18 and has hinted to expect his entire wardrobe to be gutted in order to make way for new trends.

This season, Suzanne Jackson is joined by Eileen Smith, an 82-year-old fashion blogger, who has amassed a 55,000 Instagram following.

Looking back on the filming, Mike said he felt “at home” with the entire cast and crew. “I could just be relaxed enough to run with anything that came into my head,” he added.

He told of his brazen antics which has led to him still keeping in contact with them today.

On one occasion, he was sent to the tanning booth for a spray tan and instructed to wash it off after four hours.

That night, when the producer rang him, almost eight hours after receiving his spray tan, he told her that he completely forgot to wash it off. After that incident, she never knew whether to believe him.

“At this stage I'm excited for family friends to see the episode but I'm also nervous at the same time,” Mike who previously featured in the Leader last month for a fundraising event said.

Now, enlightened with a hot take on the latest fashion trends, the Graduate School of Motoring man has everything in his wardrobe from Declan Hannon’s socks from Sic Sock to hoodies from Aaron Gillane’s online shop in his wardrobe.

Although still finding his feet, he soon hopes to take to the streets of Limerick city in pursuit of some clean-cut suits.

“Next for me now is Ireland’s Fittest Family but I can't convince my granny to go on at the moment, so while I'm waiting for her, I'm practicing for the next Eurovision,” he humoured.