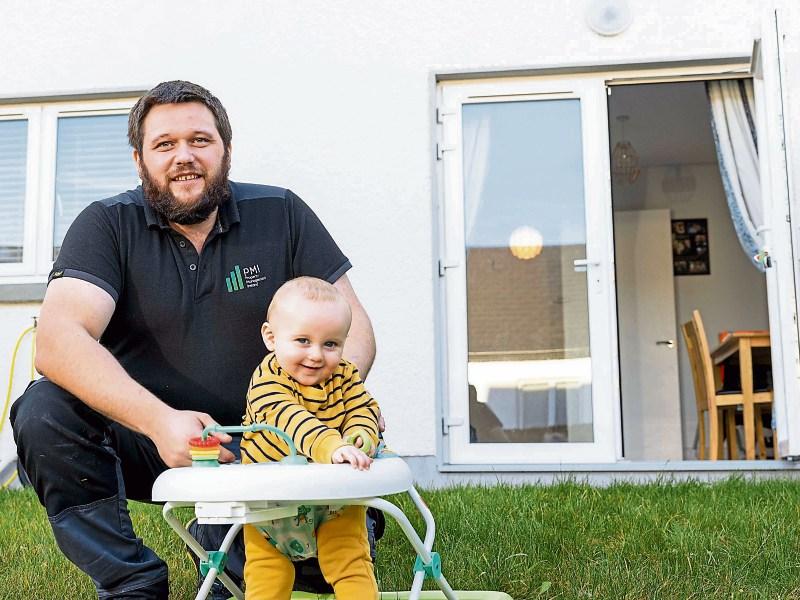 Pictured are Brendan Meehan and his son Bradley all set to enjoy their first Christmas in their new, forever home at Baunacloka Heights | PICTURE: Conor Healy

CHRISTMAS came early for Davina Slattery and her family when they received the keys to their new Co-operative Housing Ireland home in Mungret.

It was, Davina said, “like winning the lotto. I don’t think we’re over the shock of it.”

But now, Davina, her partner Brendan, and their children Bradley and Mackenzie are very much looking forward to their first Christmas in their brand-new Baunacloka Heights home. “This is the start to many wonderful Christmases in our forever home,” she said.

Up to a number of months ago, Davina and her family were living in an apartment complex at the other side of town, with no back garden or front area for the children to play in, and no green space, just a square with cars.

Any other children lived a distance away and there was a long commute to school.

“The weeks could be a bit bland for the kids, they’d go to school and to home and stay in the apartment until school the following day. We used to do as much as we could outside the apartment at the weekend, bring them outdoors because they were being stuck in all week,” Davina continued.

“We had no security in our old place, we didn’t know the day that we would have to go, it could have been sold at any point and that hangs over you. We always knew we couldn’t stay there forever,” she explained.

But now everything is different. “Our lives have completely changed since we got the new place. It’s amazing,” said Davina. “This place is our home, the kids have a back garden and their own friend groups in school and in the neighbourhood.

“There are days pulling up outside the house and you stare and say, ‘oh my god is this real?’. It’s a massive thing to move into a new state-of-art home, especially with young kids. They have their home, they have their back garden, they have their friends – this is all we ever wanted,” said Davina. It’s given our children a future – you couldn’t have gotten better.”

Davina and her family are just one of 107 families who have been housed in 2021 by Co-operative Housing Ireland (CHI) , one of a number of Approved Housing Bodies operating in Limerick.

To qualify for a CHI home, the CHI gets nominations from the council about people who are on the housing list and who have indicated they would be interested in the co-operative model. They are then assessed by CHI and if accepted become members of the Co-operative, with voting rights.

Tenants pay an affordable proportion of their income as rent and have the house forever.