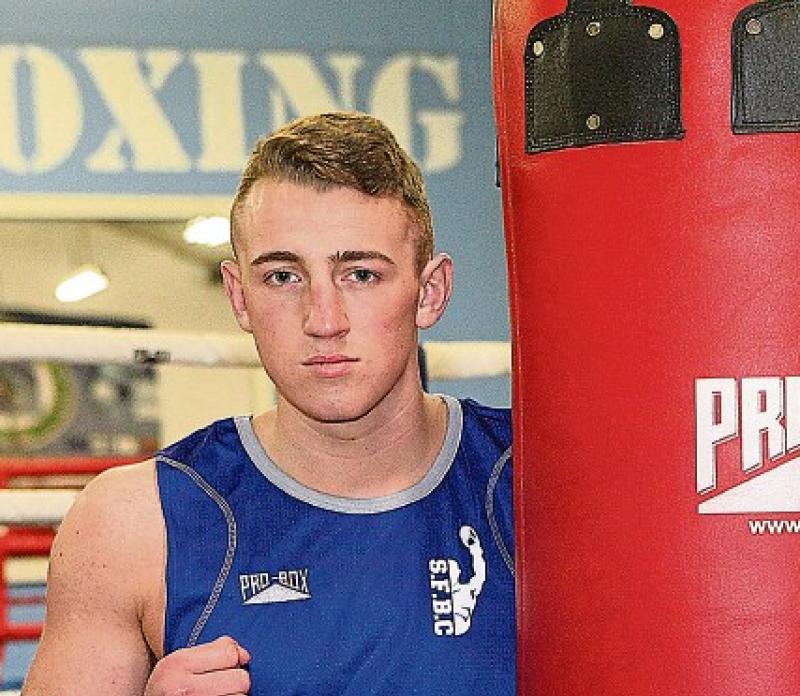 An Irish boxing champion who was repeatedly run over by a jeep died as a result of multiple injuries, including a "catastrophic skull fracture", a pathologist has told a murder trial.

Kevin Sheehy (20), a five times Irish champion, died in the early hours of July 1, 2019, when a Mitsubishi Pajero repeatedly drove over him after a house party at Hyde Road, Limerick City. Logan Jackson (31), of Longford Road, Coventry, England, has pleaded guilty to the manslaughter but not guilty to murder on the night.

The trial has previously heard from Mr Sheehy's cousin who said that after the party, he tried to grab on to Mr Sheehy before he was struck and "taken away" from him by the speeding jeep.

The court also heard that at around 4.40am on the night Thomas Lysaght tried to pull the 20-year-old off the ground but the vehicle "spun around" and came back towards them for a second time.

"I had to let Kevin go and move away. He was dragged up the road," Mr Lysaght told the trial.

The witness described how he then tried to divert the driver's attention away from his cousin but that the jeep "went over" the talented athlete a third time before fleeing the scene.

Today at the Central Criminal Court, forensic pathologist Dr Allan Cala gave evidence via video-link from Australia of his examination of the body of Mr Sheehy at University Hospital Limerick on July 2, 2019.

Dr Cala said Mr Sheehy had suffered "multiple injuries and a severe head injury" after what he was told by gardaí was a "fatal road traffic collision". Dr Cala told Dean Kelly SC, prosecuting, that Mr Sheehy's torn clothes were covered in "wet and dried blood" when he examined the deceased body. The witness told Mr Kelly that Mr Sheehy had suffered abrasions and lacerations to his face, skull, neck, chest, back, torso and to all of his limbs.

Dr Cala said Mr Sheehy had suffered "extensive" fractures to his skull and that two of his lower incisor teeth were missing. He added that Mr Sheehy also suffered rib fractures and that a pool of blood had formed in his right chest cavity.

Toxicology revealed that Mr Sheehy had recently used both cocaine and alcohol but they had no role in his death, the witness said.

Dr Cala said that Mr Sheehy sustained a "catastrophic skull fracture", which together with his other injuries caused "profuse" bleeding.

The witness said he believed that the cause of death of Mr Sheehy was due to multiple injuries but that the skull fractures could have been enough to fatally wound Mr Sheehy on their own.

In cross-examination, Dr Cala agreed with Michael Bowman SC, defending, that the simultaneous use of cocaine and alcohol could heighten levels of aggression in a person.

Ms Amanda Lennon, of Forensic Science Ireland, said she examined Mr Sheehy's clothes, which contained matching fibres to those recovered from the scene. Ms Lennon agreed with Mr Kelly that missing fabric from Mr Sheehy's clothes was consistent with being struck and then dragged by a vehicle.

Garda Michael Conroy of the Garda Crime Scene Unit told Mr Kelly that he observed blood on the front of the Mitsubishi Pajero, that there was damage to the bonnet, windscreen and wing mirror and that the number plate was missing. Garda Michael Houlihan said there was further damage to the roof of the Pajero and that blood could also be found on the undercarriage of the jeep.

Witness Alicia Doyle said that the morning after the house party she gave a lift to a female friend who brought with her two males, one of whom was Mr Jackson.

Ms Doyle told Mr Kelly that she was to give the two males a lift to a bus station to Shannon but when the group got to Ennis their plans changed and they went to Galway, where the two males were dropped off at the bus station.

The witness' friend bought the two males a mobile phone while in Galway and gave it to them before parting ways. Ms Doyle's female friend then got a call from a Garda station in Limerick and drove there from Galway that day to give statements.

In cross-examination, Ms Doyle told Mr Bowman that while in the car Mr Jackson had spoken to the other male about "planning to hand himself in".

The witness agreed with Mr Bowman that Mr Jackson "looked scared" and briefly spoke about "an argument with boxers".

The trial continues tomorrow (WEDNESDAY) before Ms Justice Eileen Creedon and a jury of six men and six women.