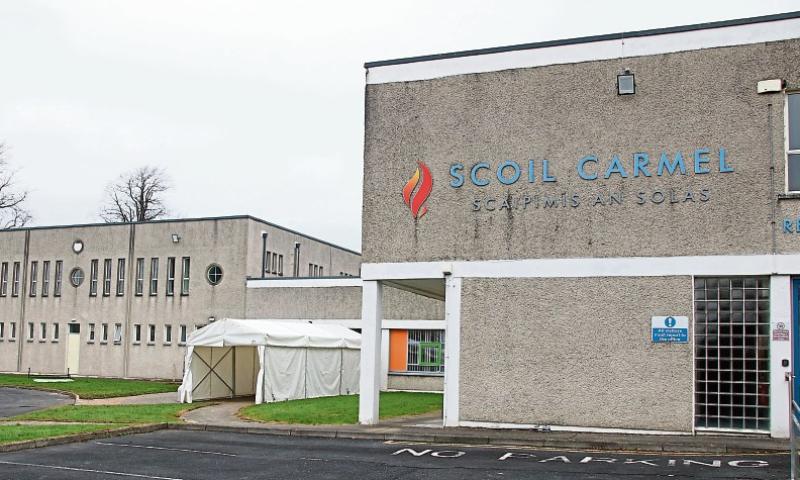 CALLS have been made on the HSE to ensure a Covid-19 vaccination centre is located in rural Limerick – as well as the city centre.

The gym in the former Scoil Carmel secondary school in O’Connell Avenue will become Limerick’s vaccination centre from December 1 as the health service’s contract with the Racecourse in Patrickswell expires.

UL Hospitals has confirmed the centre will operate from 9am to 8pm, Monday to Friday and from 8am to 8pm on Saturdays and Sundays.

Maintenance and refurbishment works are currently being completed at the former school ahead of opening a 17-booth vaccination centre.

But while many city people have welcomed its relocation, to a more central venue, concerns have been raised around traffic.

One campaigner has warned for people living in rural communities, ease of access could be the difference between getting the booster Covid-19 vaccination when their turn comes, or not.

Frank McDonnell, a welfare rights advisor in St Munchin’s Community Centre said: “For people in the city, it means they don't have to make the journey to Patrickswell. A lot of people may not have a car or cannot afford the taxi, and there mightn't be a suitable bus service. So I'd welcome it. But at the same time, I'd hope people in the county would have some sort of facility too.”

He added: “It may be the difference either getting the booster or not getting it. Obviously, it's very much needed as this thing is out of hand again. A lot of us thought when we got the vaccine it was all over. But it's far from it."

These are sentiments echoed by the metropolitan district leader, Cllr Catherine Slattery, who along with her sisters, attended Scoil Carmel.

“I’d know the inside of the school like the back of my hand,” she told the Limerick Leader, saying while its relocation is a “win-win” for city people, it’s not so for people from the county. While a lot of people drive, a lot of others don't drive. It's handy for people in the city, but in my opinion, there should be one in the city but one in the county also. At the moment, Covid-19 is rampant. It's scary - every second person has it or knows someone who has it,” she said.

“​Overall, I think the opening in Scoil Carmel is positive for the city. But they need one for the county. City people had to drive out to Patrickswell. Now people in the county must drive into the city. It's like moving a problem,” added Cllr Slattery.

Eighty car parking spaces will be offered on site, while work has also begun to provide extra parking ahead of December 1.

Patricia O’Gorman, the clinical lead for the area vaccination centres in the region said: “Our vaccination teams have to date delivered over 400,000 doses as part of this historic vaccination campaign.”

“As society and the economy have reopened, we have had to secure a new location for our Limerick centre with the agreement of our partners. We are grateful to Limerick Racecourse for their support over the course of vaccination campaign,” she added.