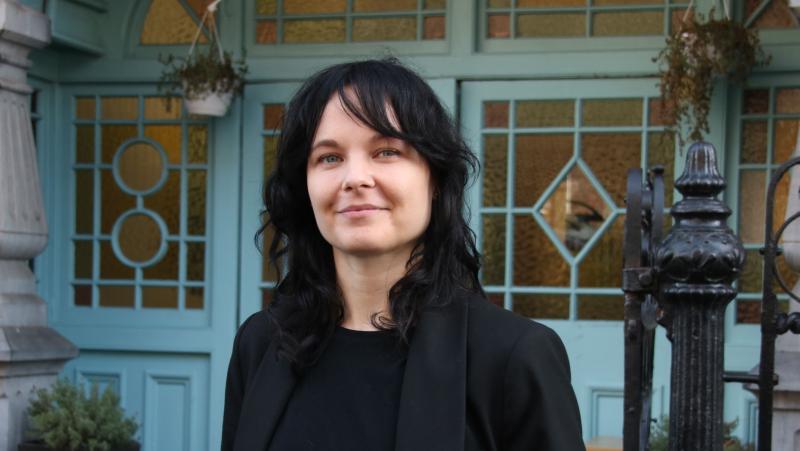 AN EXCITING new play that is a contemporary take on Shakespeare's Hamlet, set in Limerick, is coming to the Belltable next week.

SHAM is the latest work from award winning Limerick playwright Paul Meade and is directed by acclaimed actor and fellow playwright Amy Conroy.

Set in an urban gangland, the play will look at economic and social factors at work in this culture and explore how the characters are trapped within it.

The play will have both live and digital audiences and will use technology throughout the performance to enhance the story.

Karen McCartney will play the title role and she believes the digital aspect of the play will add an interesting twist to the show.

Speaking to the Limerick Leader she said “The setting feels very claustrophobic and everything is being watched. It is all CCTV and things like that. So on the set there are all these monitors with everything that is going on. Then the father manifests himself through these digital connections, so there is that element to it as well”.

Karen said that the stories told in the play will be recognisable to everyone who has seen similar tales on TV.

“It is based on Hamlet but it is a very modern setting. It is very interesting, Hamlet is a woman now too so it is a fresh perspective. It is like a thriller but it is on the stage. You very rarely see this kind of play and this kind of setting so I think it bridges the gap nicely between gangland stuff we love on TV and what we love about theatre”.

The Belltable are especially proud of this production as it was commissioned by their Connect Initiative after a staged reading in 2019.

Sham, a young woman, returns home from her studies in England on the death of her father to find the home she once knew utterly changed.

SHAM is designed to be a hybrid live/streamed event.

SHAM is a young woman who returns to Ireland from her studies in England after the death of her father to find that the home and community she once knew has utterly changed.

The story unfolds in the middle of a deprived urban estate in Limerick where SHAM becomes embroiled in the dynamics of her father's gang and vows revenge on his killer.

The play is a mixture of spoken word, poetry and prose that captures the linguistic energy of the setting while also exploring the social context for the drugs trade in a city context.

Written by Paul Meade and Directed by Amy Conroy and with a cast of six stellar performers including Karen McCartney in the title role, Andrea Irvine, Aidan Crowe, Karl Quinn and Bláithín Mac Gabhann.

SHAM premieres at the Belltable on November 17 and it will be streamed on demand for general theatre audiences in January 2022.

WATCH: Limerick's Next Superstar Nessa Markham on her big win