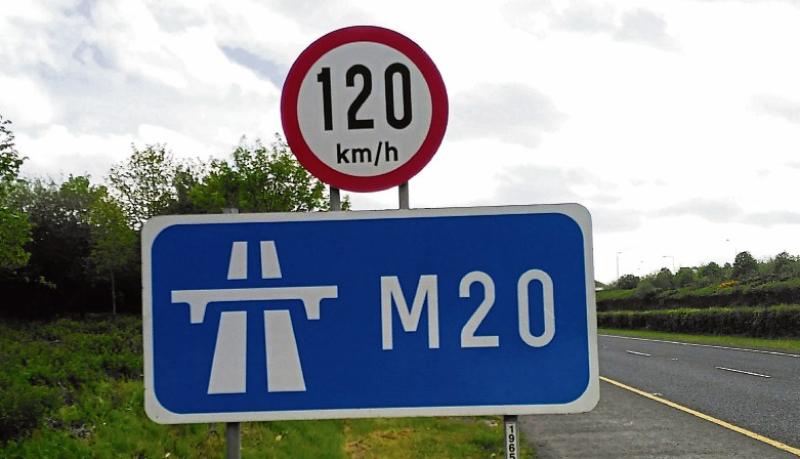 The offence was detected on the M20 motorway

A MOTORIST was observed reading a newspaper while driving on a busy motorway, a court has heard.

Alan John Neville, aged 46, who has an address at Ballyallinan, Rathkeale was prosecuted in relation to a bizarre incident which was detected on the morning of August 2, 2020.

Garda Brian O’Leary told Newcastle West Court that he was on duty at Barnakyle, Patrickswell at 9.18am when he observed the defendant “going through a newspaper” while driving on the M20 motorway.

Giving brief evidence to the court, he said he could see the newspaper was “in front of him” while he was behind the wheel of the vehicle.

“He was going through the newspaper while driving,” he said.

There was no evidence that Mr Neville was driving above the speed limit when Garda O’Leary encountered him and the specific publication he was reading was not disclosed.

A fixed charged penalty notice, issued for the offence of driving without reasonable consideration for other road users, was not paid resulting in the court proceedings being initiated by way of summons.

When asked, Garda O’Leary said the defendant has no previous road traffic convictions.

While not a matter for the court, the offence of driving without reasonable consideration does attract penalty points upon conviction.

Revelers in Limerick town forced to drive to Kerry for cash