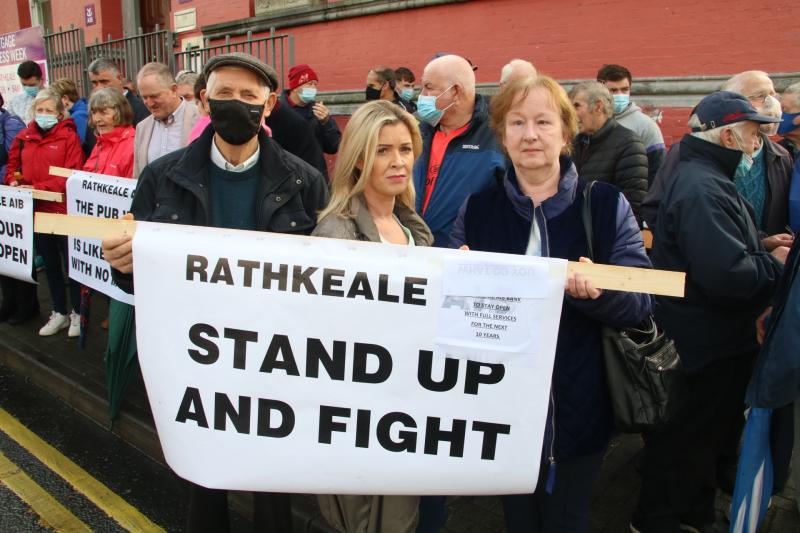 “WE the people of Rathkeale will not be walked on,” said Cis Breen, who ran a thriving business in the town for over half a century until her retirement. But the 84-year-old was determined to add her voice and presence to  a protest outside the AIB bank in Rathkeale this Thursday lunchtime.

Some 200 or so people, including traders, business people, community leaders, politicians and members of the public, took part in the protest against AIB’s plans to reduce services at its  branch in the town. The bank announced  it would be discontinuing cash and cheque services and advised customers to go instead  to Newcastle West or Adare for those services. The move comes as a further blow to the town following the closure of the  Bank of Ireland branch in Rathkeale on October 8.

“How dare the banks in Rathkeale or the banks anywhere, expect people to go to another town?” said Ms Breen, addressing the crowd. “I think the banks should be ashamed of themselves, every one of them. They think they can do what they want. But they cannot.” 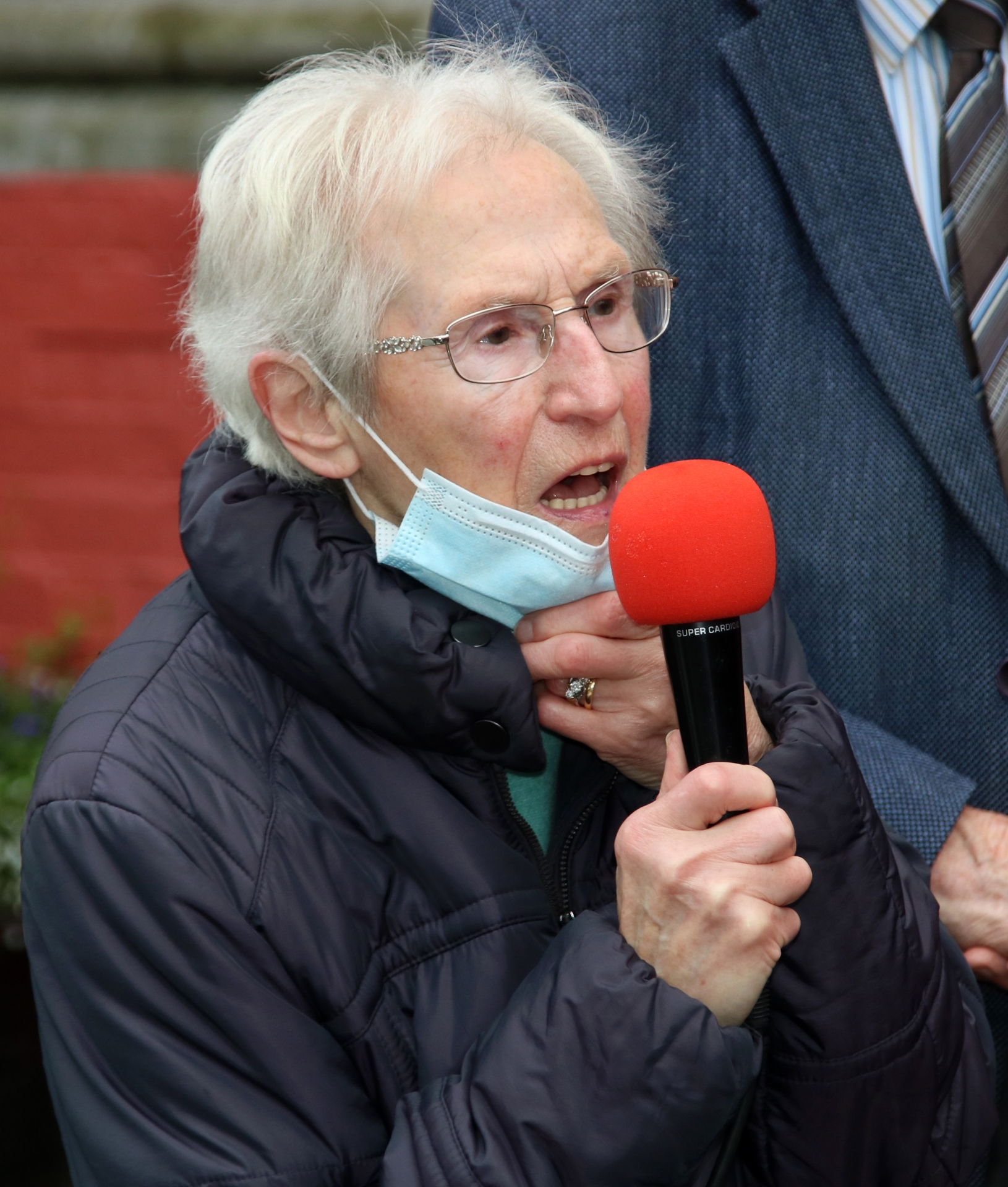 And, to loud cheers,  she sent out the message to those in the Rathkeale AIB and those in the bank in Dublin that “The people of Rathkeale will not be walked on.”

“We want Rathkeale AIB open  with full services for our town for the next ten years,” said local activist Séamus Hogan. “We are here today, not just for Rathkeale but for towns and villages around the country. The big-wigs in Dublin decide it is ok to close banks. But it is not ok to take away our banks, to take away our financial services.”

“We are going to fight them all the way,” Mr Hogan declared.

Derek Downes, chairman of Team Rathkeale, the umbrella group for local businesses, told the protesters it would cost him  at least €15,000 extra a year to travel to another town to lodge the shop’s takings because he would need to bring to bring up to  three members of staff, for insurance purposes. . “Even if I lodge the money in the post office, I will still be charged bank charges,” he said, adding that he was already paying €22,000 a year “just to lodge money.”

He had been involved in talks with AIB, Mr Downes continued, where they had made various proposals such as a mobile bank and an upgraded ATM in a bid to keep banking in the town. But, he said, “at the end of the day they don’t want to change their mind.”

Independent TD for Limerick, Richard O’Donoghue, linked the protest to the wider issue of life in rural Ireland becoming less and less tenable. And he declared it was time to stand up against those who are “closing down rural Ireland”.

Minister of State Niall Collins said he stood in solidarity with the people of Rathkeale and pledged he would do everything in his power to hold  AIB to their promise of commitment to the town. “I think today is a sad day,” he said, adding that he had tried his best to ensure levels of service remained the same.

“Today is only the start,” said Peter Donovan who was among those organising the protest. “The bank can be changed.”