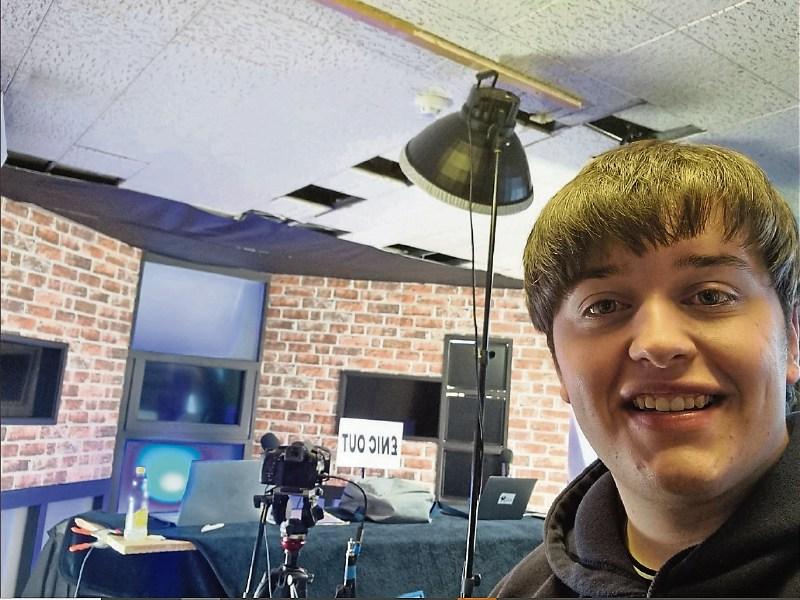 IT'S NOT been the greatest start to the football season for English Premier League soccer side Tottenham Hotspur.

But one fan of the North London club is smiling, after earning silver in a major awards scheme for content creators.

Matt, who works for Stats Perform in the city centre, has almost 12,000 subscribers to his popular channel, where he broadcasts live watchalongs to Spurs games, and presents a nightly show, reporting the latest goings on around the Tottenham Hotspur stadium.

His efforts have been rewarded by the Football Content Awards judges, whose votes made up 50% of the overall grade, the other half coming from a public vote.

"Second best young content creator in the entire football content creation sphere - it's a little bit mad," he admits, "Personally, it is a massive vote of confidence that what I'm doing. I've always felt the huge support from within the Tottenham community online but to get the recognition on a wider front really is a great feeling.  Professionally, I'm hoping that little tagline in my Twitter bio brings a bit more attention to what I'm doing. I've been lucky enough to have worked with some incredible people during my two years doing this, such as some media work with Wycombe Wanderers last year, so hopefully this can bring a few more opportunities my way!"

I can honestly say I was not expecting this. An insane honour to win this silver award. I'm speechless. pic.twitter.com/kvUgJgRJVI

Matt was unable to get to the gala event in London to hear his name being read out, and instead watched a live stream via Instagram.

But a time delay, and modern technology slightly ruined the surprise, as he explains.

"I was waiting patiently as they announced the winners in my category which was the first award of the night. Just before hey said my name for the silver award, I got a notification on Twitter that the Football Content Awards had tagged me in a post, so it spoiled the surprise a little bit, but it was still a surreal moment nonetheless," he said.

Since kicking off his channel in May 2019, Matt has seen the number of subscribers and followers on his social media platforms grow, and he's delighted to get responses from fans across the world.

He said: "It's the greatest feeling when I get a comment or a message from someone saying I've helped them understand something a little bit more, whether that's a tactical analysis from a Spurs game or a in-depth look at why a specific transfer target is or isn't a good fit for the club. Most of all, a simple 'I enjoy your content' is amazing too. It's always nice when people enjoy what you have to say. I also understand there is an added responsibility that comes with that too and I try to use that in a positive way as well, speaking up for causes and things that I believe in."

There's never a shortage of talking points around Tottenham Hotspur, and Matt says it's been a "worryingly inconsistent" start to the season for his club.

Four defeats in nine league games, plus a less than stellar start in the Uefa Europa Conference League has put manager Nuno Espirito Santo under pressure.

Indeed, the YouTuber feels the Portuguese boss might soon get the sack.

"I don't think we will be watching Nuno's Tottenham for much longer. It's never nice to see someone lose their job but we've gone backwards since Ryan Mason stepped away at the end of last year. There's a few names out there that may be better suited to our situation, and I'll be keeping a close eye on Mauricio Pochettino's situation in Paris," he added.