Takeover of Shannon firm puts more than 180 jobs at risk 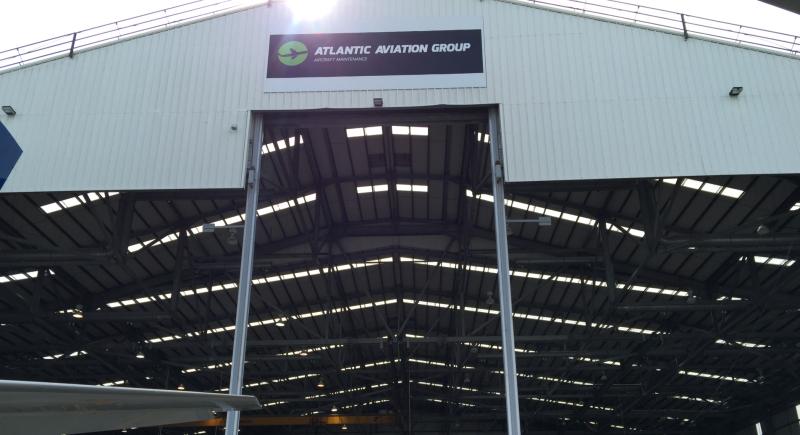 MORE than 180 staff are facing redundancy in Shannon following the takeover of aircraft repair and maintenance firm Lufthansa Technik.

Earlier today, it was confirmed that Atlantic Aviation Group (AAG) has acquired the firm securing the jobs of 300 staff.

However, Lufthansa Technik Shannon has 485 workers in total, with the firm confirming approximately 180 roles are at risk in a statement released to media confirming the sale.

With the transfer of shares from Lufthansa Technik Shannon (LTSL) to AAG set to be concluded by next March, a consultation period with impacted staff is expected to take place shortly.

"This is a really difficult day for our colleagues, many of whom have worked for the company for more than 15 years," acknowledged Pat Shine, the firm's managing director.

"LTSL has always had an excellent reputation and is known as a centre of excellence for training and aircraft maintenance provision.  Our people are the reason for this reputation and I wish to thank all the LTSL staff for their commitment, professionalism and battling spirit that have helped us to keep going over the last thirty years. We will need this to be continued by those who remain to sustain the legacy we have created in the Mid-West region."

Areas at risk of redundancy are directly roles in production, administration and support, plus management.

Trade union Siptu is now seeking an urgent meeting with bosses at LTSL over the job losses.

Organiser Tony Carroll, said: “We are disappointed and concerned at the scale of the job losses which are being proposed. Staff at LTSL have endured uncertainty about the future of the plant since October 2020, when Lufthansa Technic Group announced a strategic review and three possible options; sale of the site, restructuring of the site or closure of the site. The sale option was announced in June 2021, when a confidential due diligence process began with Atlantic Aviation Group (AAG) concerning the future of the site. We wish to discuss with management the scale and nature of the proposed redundancies and the future strategic plans of AAG for the LTSL site.”

Independent Clare TD Michael McNamara asays clarification is needed on the future of all existing full-time jobs at Lufthansa Technik Shannon Ltd as well as the retention of the two aviation hangars used by the Clare-based operation.

Like many aviation sector firms, the company was badly hit by the pandemic.

Mr McNamara explained: "Today’s announcement is undoubtedly very positive news for AAG but the full impact of the acquisition on all 485 full-time employees and future operations at Lufthansa Technik Shannon Ltd. has yet to be outlined. I will be seeking more clarity on the issue from representatives of AAG and Lufthansa Technik Shannon Ltd. when I attend a briefing hosted by the companies tomorrow morning."

The former Labour TD praised the employees of Lufthansa Technik Shannon Ltd. who he said “have played a key role in ensuring the future of the operation through their engagement with management and SIPTU over the past year. This included staff staggering work shifts with staff taking paid leave by availing of days built up over the years."

While the majority of contract staff were released in the last year, particularly at the beginning of the pandemic, management at the company has continued to engage with worker’s representatives from SIPTU. Following on from today’s announcement, it is important now that clarity is provided on all full-time positions at the company,” concluded Deputy McNamara.

Budget 2022: Fill up your car before fuel increases kick in at midnight